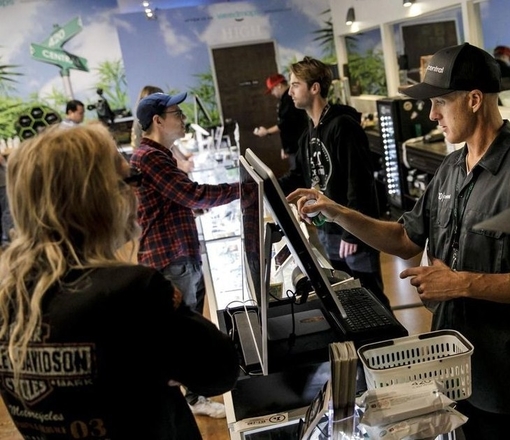 It’s been a month since the first legal joint was sold by Berkeley Patients Group in Northern California–actually, it was three joints for $45.37. If that purchase doesn’t demonstrate why so many consumers are mad, nothing will.

Cannabis prices have skyrocketed since January first, largely due to steep tax rates and distributor markups. It’s possible these prices could go even higher. So, after all the blood, sweat and tears it took to get here, was it worth it?

In this series, we’ll explore public opinion as we examine and untangle the fine web of our new cannabis regulations. Good or bad, the new laws are here to stay and opinions are definitely mixed.

David McCollester, a property developer in Lake County, believes greed is a main driver behind the forces that control our markets. We’re seeing the results of this greed right now.

“I think legalization took nearly 25 years because the 1% that work closely with government had to figure out how to corner the lion’s share of the market. Now, any hope of a profitable cannabis market will be like going bird hunting and never being able to take the dog off the leash…What government has done here is recognize the profit margin of a black market business model, applied it to a legalized agricultural model, siphoned off any profit margin and basically hobbled 95% of the small and mid-level growers.”

“The state has taken this thing over lock, stock and barrel. They’ve skewed the regulations in favor of a few and will kill off the medium to small growers. Then they will turn around and subsidize the big companies with taxpayer funds because the taxpayers voted for it. This is exactly what happened in the tobacco industry!”

The state’s recent decision to allow grows larger than one acre particularly concerns medium and small growers. Prop 64 restricts the size of grows, limiting cultivation licenses to one acre to increase variety and market competition. Removing these caps has sparked vociferous protests from both legislators and trade groups in the North.

California Growers Association has filed a lawsuit to prevent issuing these larger cultivation permits. One of their arguments: “The cumulative individual decisions of small and medium cultivators to remain in the illegal market due to an inability to compete with large cultivators will harm the local economies of traditional cultivation regions of the state by reducing tax revenue in these areas.”

In other words, if they can’t compete on the legal market, they’ll do it on the black one.

Will the Black Market Boom? 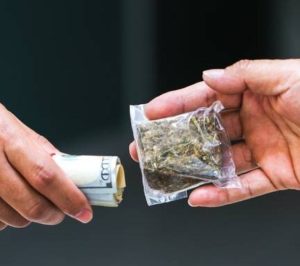 Jason D. Andrews owned one of the first SoCal delivery services, Prop 215.com. He’s also a patient who uses cannabis instead of opiates or other pharmaceuticals for PTSD, four ruptured discs and sciatica. “It doesn’t take the pain away,” says Andrews, “but it does keep my mind from dwelling on it.”

Andrews believes the new rules are setting up a huge black market boom.

“I personally believe that the high price per gram coupled with the second or third highest taxation rate on cannabis is keeping the black market flourishing in Nevada. When the dispensary price is over twice what the street price is, I don’t think that we will see a reduction in the underground trade of cannabis.”

But Adams isn’t bitter. He believes the situation will eventually sort itself out.

“I’m not going to fault them for trying. They’re forging new ground here in an atmosphere where they feel that the establishment is waiting for them to make a misstep so they can be used as an example. I think that they are doing the best that they can given the hostile atmosphere that this is happening in.”

Nevada’s not the only state faced with black market woes. As Southern California activist Donna Lambert points out, Colorado has so many problems with illegal sales that it recently proposed a bill to add chemical tracking agents to cannabis products. Don’t worry, the chemical agent isn’t here; but when it is, the state will grant the licensing rights to a sole vendor. Monopolies are always a great idea, right?

We Still Have Criminal Penalties but There’s Progress

“Just wait until the enforcers are grabbing those new taxes to do what they do. It’s about to get ugly!”

Yet Wesley A. Bridle, Economics major at UCLA, likes the criminal penalty changes. He points out that former felony offenses are now misdemeanors, and therefore don’t void the vote of the person charged.

Butte County Activist Victor Neuman sees these changes in a different light. “When some people think fines, drugs tests and misdemeanors are a proper step forward, they need to be reminded that this is not legalization.”

“I bet when all the jails are over-filled with people that smoke weed and they have to take care of everyone, they will see that we don’t want weed to be illegal anymore. They will have to do something then. The state will go bankrupt otherwise, and we will now have Trump and Sessions to blame, not Obama and Hillary.”

“My main concern comes from the signs I’ve seen on the freeway saying, ‘drive while high, get a DUI.’ I don’t think that they’ve got the science firmed up for testing cannabis impairment yet. They can’t know whether or not I smoked this morning or 10 minutes ago. I see a future of abusive cops hammering us because of a piece of dust in the eye or the smell of white sage.” 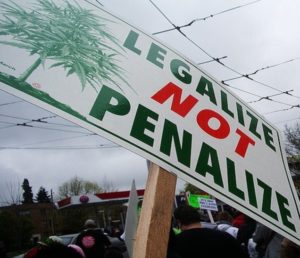 Jeff Jonaitis, an Orange County activist and long-time member of Norml, feels that patients and those who work in the industry are now getting over-regulation’s the short end of the stick. “All this greed and ginormous tax on a plant. Just regulate it like tomatoes.”

There may not be much time to complain about the new regulations if the federal government decides to de-schedule or reschedule. It looks as if Jeff Sessions may force Congress to address cannabis’ status under the Controlled Substances Act. Fontana activist and lawsuit plaintiff Mike Harris reminds us about Sessions’ statement that Congress should change cannabis laws if they don’t want to enforce them.

“I think Sessions is forcing the issue of ending the CSA scheduling where before legislators were happy to dodge the problem…Now voters have overwhelmingly shown what side they are on and the few on Capitol Hill have begun a swelling chorus of voices to act. Some more reluctant than others, but still not wanting to go against their own principles of states’ rights. The CSA has always been the key. And when it goes so will our state’s justification for over-regulation.”

Are We Repeating Other States’ Mistakes?

California may have been the first state to legalize medical cannabis, but it missed being the first to legalize recreational by a wide margin. Some activists from other legal rec states are witnessing the fallout of our new regulations and worrying we aren’t learning from their states’ mistakes.

According to Colorado activist Mark Pedersen:

“I am facing multiple felonies for my work with the poor and terminally ill in a so called ‘legal’ state. The image of legalization that the world has is far from reality. The suffering and the persecution still exist. Even though the majority of Americans believe cannabis should be legal, the majority of those who could benefit from the plant still don’t have access to it.”

Will California see cases like Pedersen’s before the end of the year? It’s very likely.

Mr. Pedersen may be right about continuing access problems as well. As it turns out, there’ll be new gaps in access, as some of former patient mainstays have switched over to recreational-only. This leaves former customers to find new sources for their medicine.

“I’ve been trying to wrap my head and heart around all of this. As a disabled patient, I feel betrayed and stepped on. Harborside became adult-use only on January 1st. They’ve ended their free care and are desperately trying to destroy their history as a patient sanctuary. I am truly upset about what this has done to pediatric patients and families.”

A statement from Harborside’s FAQ page confirms that they don’t have a license to sell medical cannabis. Since they don’t, those under 21 who once turned to them for help must now find other means of MMJ support.

To be fair, all businesses are facing difficult expense decisions as they pursue state licensing. Retailers who wish to supply both medical and adult-use cannabis need to seek separate licenses for each business category. 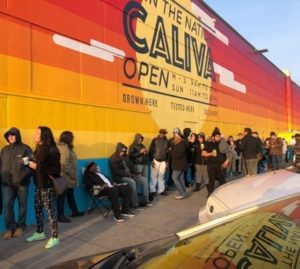 Even after hearing many complaints about the new law, Bridle remains certain things are a lot better than pre-legalization.

“If you are finding it hard to find positive perspectives on AUMA or more importantly MAUCRSA, then come to WeHo and talk to the people who are still, after three weeks, lining up outside the adult use shops here.”

At the end of the day, he has a point. It’s safe to say there’s no shortage of legal cannabis consumers in California. In fact, stores are struggling to keep up with demand. But tea also had a pretty good market this side of the pond before the British Tea Act.

Long-time OC Norml activist Al Moreno puts his current sentiments in a nutshell. “What else is taxed this high? We need to go underground. We need a Boston pot party.”

As Hermann Göring once said, “We will go down in history as the world’s greatest statesmen or its greatest villains.”