The new California taxes on recreational and medical cannabis purchases have us all worried. And rightfully so, they’re confusing, and place a huge premium on the price of products compared to what we’re all used to. It’s important you understand exactly what these taxes mean and what they’re for.

All commercial cannabis is taxable (this doesn’t include recreational cannabis that you grow for personal use). The only exempt plant is industrial hemp; but it must be a very specific type, with no more than .03% THC in the dried flowering tops.

Next, the buds and leaves move on to manufacturers who produce different products, test and send them back to distributors, or directly to distributors, who then test and distribute to retailers. This is where the excise tax comes in. 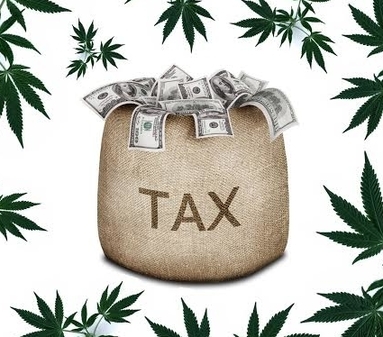 Where does the 15% excise tax go? The money collected for this mandatory tax isn’t just part of the general fund; it’s been specifically allocated by Prop 64.

A part of the revenue goes to universities to study Prop 64’s impact and assess whether cannabis legalization affects other drugs and/or alcohol use. Another portion of this cannabis tax will go to the highway department to figure out testing for driving while impaired.

Some is even being allocated to advance major research efforts into the efficacy, and possible adverse effects, of cannabis use. The results will give the federal government the information it needs to address rescheduling on a nationwide basis.

Sales and Use Taxes

The sales and use tax is the typical tax we pay when buying anything. The sales tax amount differs in all areas, depending on the local markups from counties and cities. In L.A. it’s 10%, in Visalia it’s 8.5%.

No matter the amount, if you have a valid state-issued MMID card from your county, you don’t have to pay this cannabis tax. The ONLY people exempt from this tax are people with a valid MMID card. Prop 215 patients are not exempt if they don’t have the card.

Customers also pay the tax if they buy recreational cannabis from a retailer who only has an adult-use license but no medical cannabis retail license.

This tax is called a “use tax” if the product wasn’t sold, but was used by the retailer instead. Say this retailer took an eighth home for his own use; he’d have to pay this tax out of his own pocket, even though he didn’t pay retail price. If the average market value of the cannabis taken home was $30, he’d have to pay $4.50 to the state for the “use tax” instead of the customer paying $4.50 for the “sales tax.”

A Local Sales Tax Too? 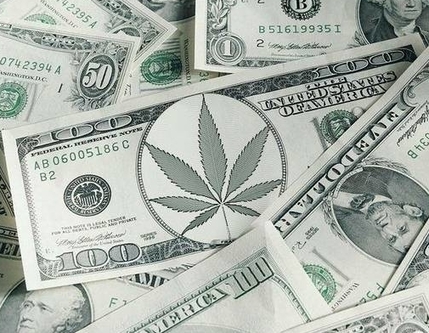 Clear as mud? Great, but there’s one final layer of cannabis taxes at the local level. There’s no way to generalize how much this tax will be. It’s written into the code for the county or city where you make the purchase.

Despite being called “sales taxes,” these aren’t really the sales and use taxes MMID card holders are exempt from. They’re a tax on selling cannabis, and it’s up to the local government to decide whether they’ll exempt card holders or not. There may also be local additional cannabis taxes for cultivation, manufacturing or other taxes. The amount also varies widely.

The California Department of Tax and Fee Administration (CDTFA) is actually freely admitting that their tax and fee laws can be complex and difficult to understand. If you’re confused about a specific tax, it’s best to get the answer in writing from their office. This’ll protect you from tax, penalties and interest in case they give you erroneous information.

The information contained in this site is for general guidance on matters of interest only. All info here, or on third party websites we link to, is provided “as is”, with no guarantee of completeness, accuracy, or timeliness. In no event will Nugg, its related partnerships or corporations, or the partners, agents or employees thereof be liable to you or anyone else for any decision made or action taken in reliance on the information in this Site or for any consequential, special or similar damages, even if advised of the possibility of such damages.