How Cannabis Supports Our Veterans Still Reeling from the Battlefield 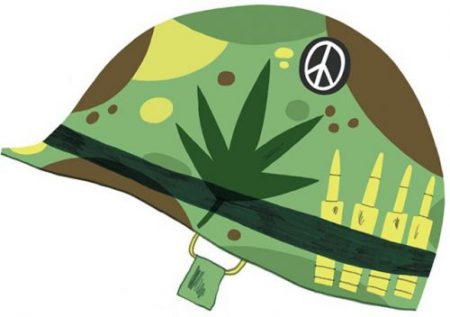 A decade ago, who could’ve imagined that the American Legion would be helping to lead the fight for mmj access The organization—“the nation’s largest wartime veterans service organization”—may seem like an unlikely bedfellow for the cannabis industry.

But marijuana’s ability to drastically improve the lives of those suffering from Post-Traumatic Stress Disorder (PTSD) has changed the game. 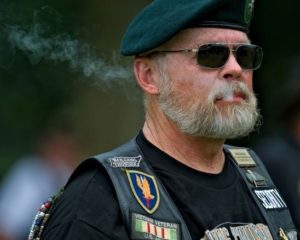 In a recent L.A. Times feature, American Legion spokesman Joseph Plenzler shared how veterans “were able to use [cannabis] to get off a whole cocktail of drugs prescribed by VA doctors.”

However, veterans are now learning just how helpful real cannabis can be, and they want access. An April salon.com article profiled Leo Bridgewater, a 42-year-old veteran who says mmj allowed him to control his PTSD.

“When you get into bed at night, you’ve got to decompress and stuff, but cannabis takes all of that away. It does. It literally does,” Bridgewater told Salon. “Patriotism is not relegated to just while we’re at war. Patriotism is indicative of how you treat the men and women who fought for you.”

The article also noted how VA doctors often take the stance that veterans interested in medical marijuana are “simply chasing a high,” a grossly incorrect assumption proven by the fact that Bridgewater himself found the most relief with CBD oil, a non-psychoactive cannabis derivative.

Despite the endless slog through bureaucratic obstacles and setbacks, progress may finally be visible on the horizon. 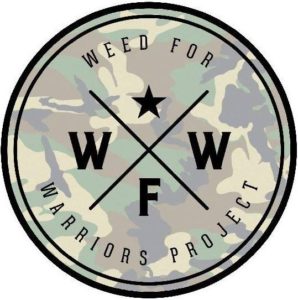 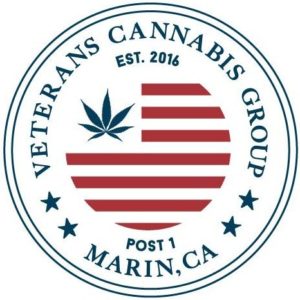 Veterans Affair Secretary David Shulkin is willing to investigate treating PTSD afflicted vets with mmj, but only in legal states.

The vast law differences on a state-by-state level are part of the driving force behind organizations like the Weed for Warriors Project and Veterans Cannabis Group. The fundamental issue driving these groups is cannabis care inequality. Two soldiers can fight together, return home to different states where one can access cannabis and the other can’t, even if both suffer from identical ailments, is absurd.

For all the polarizing cannabis opinions in our country, policymakers unite to ensure service members receive proper medical treatment. No one—not even Republicans that steadfastly support the antiquated and misguided “War on Drugs”—wants to deny relief to soldiers. 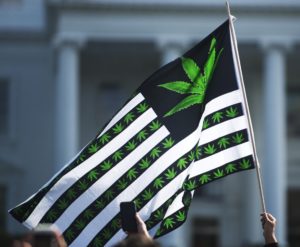 Indeed, many Republicans in Congress have seen their constituents’ demand for marijuana reform grow exponentially in the past several years. Though few have acted on this command, it seems allowing veterans to access cannabis is a safe starting point. If the current unity on this issue prevails into action, it may ultimately lay the groundwork for much larger things.

Recently, the Senate Appropriations Committee approved an amendment by a vote of 24 to 7 making cannabis available to qualified veterans. It’d cut through the red tape blocking those in mmj states from access, but wouldn’t permit purchase in illegal states.

The amendment is currently attached to a military appropriations bill. Similar amendments have landed in the same place until the House Appropriations Committee gutted them.

But if it’s passed by the House, the Senate and signed by Trump, it’d represent a huge step forward in providing vets with legal cannabis. Plus, it’d help the larger movement to destigmatize and assimilate cannabis into U.S. society.

Marijuana’s painkilling power is being touted as a superior option to federally funded opioids doled out by VA doctors. Beyond the accepted and dangerous reality that opioids are highly addictive, there’s also the grave matter of an increased suicide rate among veterans abusing opioids.

Reuters reported on a study examining the death records of over 4.4 million vets the VA treated in 2004-2005. It found 8,087 committed suicide, and the suicide rate of 34.7 cases increased to 75.6 with  substance abuse.

According to the Veterans Cannabis Project, recent studies estimate that “an average of 22 veterans commit suicide every single day.”  Founded by former Navy SEAL Nick Etten, the group is part of the effort to raise awareness and visibility surrounding cannabis’ benefits for vets.

As with a number of other like-minded organizations, the Veterans Cannabis Project is determined to see medical marijuana become “a legal, affordable and acceptable treatment option for all US military veterans suffering from visible and invisible wounds incurred in the line of duty.”

This fight—like any fight to legitimize cannabis—won’t be easy. However, veterans’ support confronts the reality that mmj isn’t—as opponents would like us to believe—affluent suburbanites looking for a buzz. Instead it’s brave men and women who’ve fought for their country and now need its help. As support swells and evidence mounts, it may prove that vets might once again make all the difference in the face of war.