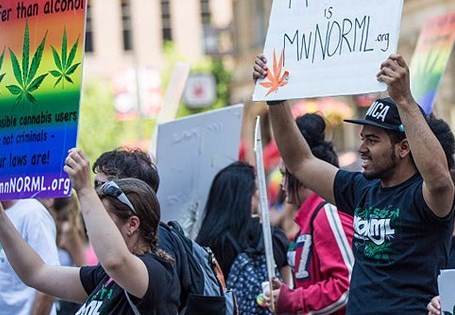 The fight for patient access to medical cannabis has been a uniquely long and hard one, unlike any other social movement or medical policy.

This mmj legalization battle has been fought, largely, by staunch advocates and local residents working together for a common cause. Unlike any other medical discovery or new pharmaceutical drug, access to medical cannabis has to be won by the people. Can you imagine needing to petition to have your state vote on your ability to access insulin?

The first major medical cannabis win was in 1996 when California became the first state to introduce mmj legalization with Proposition 215.  The initiative allows patients with a valid doctor’s recommendation to buy and grow cannabis for medicinal use and has since been the stepping stone for all other states and recreational markets.

There are plenty of organizations fighting for cannabis, but which have historically done the most to protect patients’ rights?

Americans for Safe Access, or ASA, is the first and longest on this list for one reason: it’s laser focused on providing legal, safe access to cannabis for medical use, and has seen major success in doing so.

Established in 2002 by a medical cannabis patient and current Executive Director, Steph Sherer, ASA has stayed true to its mission of fighting for patient access, but isn’t concerned with recreational legalization. The organization spends all its time advocating for patients and doesn’t seem likely to stop until every potential patient has access to the life-saving plant.

Its 2016 state policy work included creating new medical programs in Pennsylvania and Ohio, working with dozens of regulators to pass “safety protocols based on AHPA guidelines,” helping with pesticide guidance in Maryland, and working with lawmakers in Georgia, North Carolina, South Carolina, Tennessee and Utah to improve CBD laws.

On a federal policy level, ASA worked to file a petition under the Information Quality Act that it hopes will force the Drug Enforcement Administration (DEA) to alter its position on medical cannabis, lobby to extend the Rohrabacher-Farr Amendment protecting state medical cannabis programs from prosecution by the DOJ, and urge ranking House and Senate members to vote on the Compassionate Access, Research Expansion, and Respect States (CARERS) Act, which will hopefully create harmony between federal and state cannabis laws.

Needless to say, Americans for Safe Access is one of the hardest working cannabis patient advocacy groups today.

Her inspiration for the study? Veterans.

Veterans are one of the most vulnerable groups when it comes to PTSD and a host of other health issues, including chronic pain, depression and anxiety. When you consider that 22 U.S. veterans a day commit suicide, you realize the issue demands immediate attention.

The VMCA saw a big win this past April when Colorado, one of the largest medical cannabis markets, passed legislation (SB17-017) through the Senate that includes PTSD as a qualifying condition.

This is why organizations like VMCA are so important in the fight for patient access. Most Americans have a compassionate stance towards veterans, realizing the sacrifices these brave men and woman have made for our country. This understanding, plus the deserved help they could get from accessing medical cannabis, makes veterans excellent spokespeople for cannabis reform.

Marijuana Policy Project (MPP) has been working to reform cannabis laws since 1995. MPP believes the most harmful side effect of cannabis is prison, so its main focus is criminal justice reform by reforming cannabis laws.

While patients aren’t its main focus like ASA, it does lobby for laws allowing seriously ill patients safe access to cannabis based on a valid doctor’s recommendation.

MPP has seen much success in its efforts to decriminalize, legalize or provide a true medicinal market in several states across the country. In 2016, the organization celebrated success in Ohio when Governor John Kasich signed HB 523, “making Ohio the 25th state to adopt a workable medical marijuana law” so “seriously ill patients will no longer be treated like criminals and will have reasonable access to medicine.” 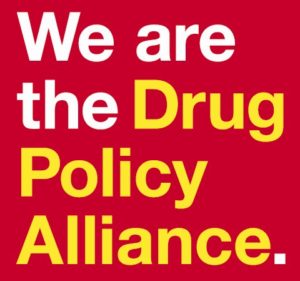 Like MPP and unlike ASA, the Drug Policy Alliance (DPA) focuses on more than just medical cannabis patients. The organization also emphasizes the legalization and regulation of all drugs and the implementation of smarter, safer public policy.

The DPA states that it’s committed to “legalizing marijuana at the state and federal levels and improving medical marijuana programs to better protect patients’ rights and access to medicine.”

The organization is lobbying the U.S. Senate to vote “YES” on The CARERS Act, the first bill to ever call for the federal legalization of medical cannabis.

With 29 states and D.C. legalizing medical cannabis use, it’s sometimes hard to remember that the battle for patient rights is far from over. That’s why organizations like these are slowly making progress, helping to finally make cannabis an acceptable medical alternative for those who can benefit from it.