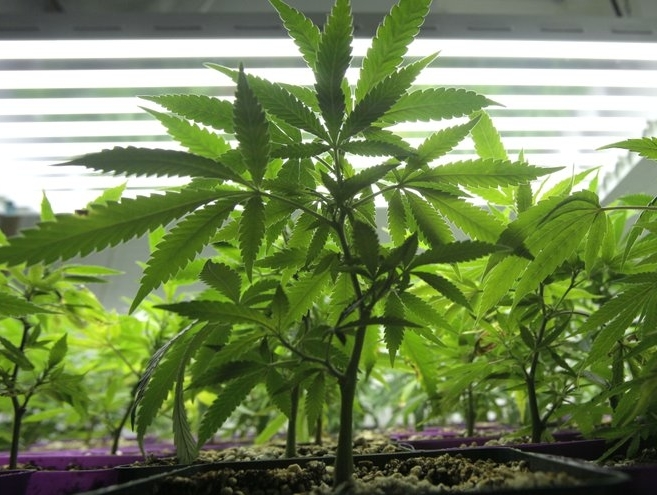 Legal Disclaimer: This article is for informational purposes only. It was not written by an attorney. Although every reasonable effort is made to present current and accurate information, Nugg and all authors make no guarantees of any kind and cannot be held responsible or liable for any outdated or incorrect information. The info does not create or constitute an attorney-client relationship; it is not intended to convey or constitute legal or regulatory advice, an interpretation of law, an advisory opinion or rulemaking of any kind, and is neither a substitute for nor does it release you from your responsibility to review applicable law and, if necessary, obtain legal advice from a qualified attorney.

Did you hear that you can get a license to grow 99 plants? Want one? Well, this isn’t exactly the right way to look at personal cultivation. There’s a big difference between a license to cultivate and an exemption from the state’s recommended limits for personal medical cannabis cultivation.

If you think you might need more than the state’s limit of six plants, you can talk to a NuggMD physician about adding this exemption to your recommendation. But first, read on to understand exactly what a grower’s recommendation is, and what it’s not, and if it’s the right choice for you.

What Exactly Is a Grower’s Recommendation?

First things first. You aren’t going to get a cultivation license from a doctor. They don’t exist. What you can get is a note from your physician stating that you need an exemption from the state-established maximum amount of plants you can grow as a patient.

What the grower’s recommendation is really saying is that you need more than the state-established limits listed in Health & Safety Code 11362.77(a). But this isn’t a get-out-of-jail-free-card if you decide to start your own cannabis farm with 99 plants. It doesn’t even stop the police from arresting you if they really want to. It simply provides you with an affirmative defense for cultivating and possessing an amount of cannabis in excess of the state’s established guidelines–up to your needs.

Where Does This Affirmative Defense Come From? Why Doesn’t It Protect from Arrest?

This affirmative defense comes partly from case law. The People v. Trippent (1997) found that qualified patients and caregivers have an implied defense to the transportation of medical marijuana when the “quantity transported and the method, timing and distance of the transportation are reasonably related to the patient’s current medical needs.” (People v. Trippet (1997) 56 Cal.App.4th 1532, 1551.)

But it’s actually SB420, not Prop 215 that provided you with protection from arrest. SB420 was a bill passed by the legislature in 2004 which provided that anyone who participates in the state’s voluntary MMIC program can be protected from legal retribution so long as they stay within the boundaries established by the program.

In addition to establishing the identification card program, the SB420, a.k.a. the Medical Marijuana Program, also set possession guidelines for cardholders and recognized a qualified right to collective and cooperative cultivation of medical marijuana. This right can and will be challenged, and it will likely be challenged in the coming year or two due to the Jan. 9, 2019 “sunset clause” that effectively attempts to end cannabis collectives in the state.

Why Will Collectives Be Challenged?

To start this explanation, you need to understand that there’s a sort of hierarchy to our set of laws in California. First, you have the state Constitution. The Constitution is the top level. You can’t contradict this law. If any law was made by the legislature or by a regular ballot initiative that contradicted the Constitution, it would be ruled by the courts to be unconstitutional and thus, invalid.

Proposition 215, a.k.a. the Compassionate Use Act, is the initiative that legalized medical cannabis in the state. It was written by and passed by the People of California, so it’s THE basic law that must be respected when the legislature writes laws pertaining to medical cannabis. They have to obey it because it has not yet been overturned by a vote of the people.

Some think that Prop 64 (California’s legalization initiative) repealed parts of Prop 215, but it didn’t. Prop 215 still stands. Prop 64 even reinforces Prop 215 in several different areas of the language. So, if the legislature writes something that contradicts Prop 215, it won’t be valid. A court would be forced to overturn such a new law or regulation based on the fact that Prop 215 carries more weight than anything the legislature could pass.

This actually happened in a well-known challenge to the state’s attempt to limit cultivation amounts. SB420 originally imposed a patient cultivation limit of 6 plants mature, and 12 plants immature (sound familiar?) In the People v. Kelly, the defense argued that this limit was unconstitutional because it would violate Prop 215.

They won, and this is why the state can’t limit the number of plants you can grow if your doctor says you need more and you can show that you really do. But Prop 64 is probably going to allow cause prosecutors to revisit this case.

For now, the point is this–Prop 215 is solid law, but it never actually said you can grow 99 plants without being questioned, arrested or prosecuted by authorities. What it says is that “(d) Section 11357, relating to the possession of marijuana, and Section 11358, relating to the cultivation of marijuana, shall not apply to a patient, or to a patient’s primary caregiver, who possesses or cultivates marijuana for the personal medical purposes of the patient upon the written or oral recommendation or approval of a physician.”

The sections referred to here are 11357 and 11358 of the Health and Safety Code. There’s a lot of other sections of this code pertaining to marijuana, including 11359 which still carries harsh penalties, and one of those is possessing cannabis with the intent to sell. This section existed decades before Prop 215 was passed, and was only amended by Prop 64 to slightly lessen the sting. These penalties still include jail time and fines.

The State Giveth, SB94 Taketh Away

So, SB420 was written by the legislature in 2004 to clarify exactly how Prop 215 patients were going to obtain the cannabis that they have the right to use. To do so, it added Sec. 11362.775 to the Health and Safety Code. This section recognizes the rights of patients and primary caregivers to “associate within the State of California in order collectively or cooperatively to cultivate marijuana for medical purposes.” Prop 64 changed all this.

Prop 64 paved the way for SB94, aka the MAUCRSA, which is a marriage between the state’s 2014 attempt to establish a commercial medical marijuana distribution program (the MMRSA or MCRSA) and Prop 64, our legalization initiative. Once the state has fully established its commercial cannabis system, SB94 provides that Section 11362.775 of the Health and Safety Code is to be repealed. This repeal date is Jan. 9, 2019.

To be clear, Section 11362.775 of the Health and Safety Code can be repealed because this section of the code was never established by initiative in the first place. It was established by the state legislature in an attempt to control the distribution of cannabis by patients claiming the protection of Prop 215.

Not a License to Sell (It Never Has Been)

Just to be clear, Prop 215 says nothing about collective cultivation or allowing you to sell the cannabis you grow. It allows for cultivation by a primary caregiver for their direct qualified patients. If you’re looking to collectively cultivate that’s an entirely different section of the law that repeals on Jan. 9, 2019. So, if you’re searching for how to get a 99 plant rec so you can grow and sell your cannabis or provide it to patients in need, you’re barking up the wrong tree. A grower’s recommendation (what some call the 99 plant rec) simply says that you need more than the state established limits for your own personal use.

Say that you (or your qualified patient) do actually need 99 plants for personal medical uses. The People v. Kelley (and other case law) confirms that you only have an affirmative defense, which means that you can argue that the cultivation limits established by law should not apply to your circumstances, for lack of simpler words. An affirmative defense is only going to be asserted after you’ve been arrested for suspicion of violating one of the states now numerous cannabis laws.

So, imagine yourself and your doctor in court arguing the following: For demonstration sake, we will say you can squeeze 1 pound of cannabis out of your outdoor plant. Some can’t get that much and some can get much (way) more because it really depends on the lighting and season, etc., but we’ll do this for easy math. You would have to be able to justify, medically, that you need 99 pounds of cannabis per harvest. Even if you make edibles, this is a lot of THC.

Divide that by 365 days for only one harvest of what most would consider bunk weed, and you’re talking about consuming roughly 12,368 mg of THC per day minimum. You can see why this doesn’t convert–not even for edibles. However, there are plenty of serious cannabis patients out there who’ve built up a tolerance to THC and can reasonably argue that they need thousands of milligrams of THC per day.

There are also people that juice cannabis for THCA and use the leaves in their cooking, which is probably the healthiest way to use cannabis anyway. But the point here is that 99 plants is excessive for a single person under most circumstances. Furthermore, there’s nothing to stop the police from continuing to investigate you to see if you are selling, and anything they find to support this theory can an will be used against you. (Think dime bags, excessive cash, scales, etc.)

Many patients, really do need more than six mature plants though, because if there is a pest problem or disease they could lose an entire medical crop that they depend on for their health or maybe even their lives. It’s good to have an exemption from limits in these circumstances.

Why are most exemptions written for “up to 99”? Because federal criminal sanctions are harsher with a hundred plants. But in truth, your rec isn’t saying you can grow 99 plants. It’s saying that you can grow as many plants as you need up to this limit. It’s a subtle, but very important difference–and you’ll have to be able to prove that you really do need what you choose to grow.

If you need to cultivate more than the limits established by Health and Safety Code 11362.77, you need to contact and retain a qualified attorney–especially now as the laws change and the state and counties prepare to step up enforcement and further tighten cultivation laws. There is no substitute for advice from a qualified attorney when it comes to protecting your freedom.