We’ve Stumped the Bureau of Cannabis Control—And Ourselves 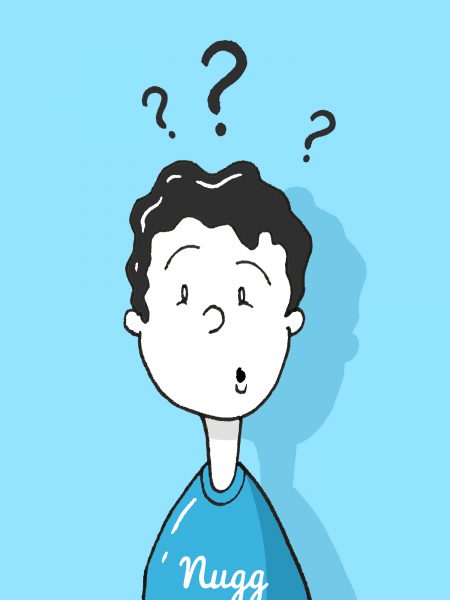 As many of you know, our FAQ column helps answer some of the more perplexing aspects of new cannabis laws. But sometimes a reader gives us a juicy question we can’t answer, or find the answer for.

When this happens, we turn to the Bureau of Cannabis Control, which is more than happy to provide answers to confusing legal questions.

Can the Bureau of Cannabis Control Dictate MMJ Limits?

About a month ago, we received a great question:

“How much cannabis concentrate can be sold to qualified medical patients?”

First, you should know that the state attempted to establish default possession limitations with SB420 in 2003. But these attempts were shot down in 2010 by the People v. Kelly.

According to Ballotpedia, “the basis for the court’s ruling in People v. Kelly is that the 2003 legislation amounted to an amendment to Proposition 215 and that the California Constitution prohibits legislative tampering with ballot initiatives approved by voters.”

This has been a sticky wicket for those wanting to limit cannabis. Basically, the ruling said the amount of cannabis a medicinal patient can have is the amount the doctor says he/she can have. If the doctor prescribes a daily bath in hash oil, that’s a legally defensible position.

This was good news for patients who no longer had to fear prosecution if they truly needed larger amounts of cannabis. The limits established by SB420 still remained in Health and Safety Code Sec. 11362.77, but there is now a valid defense if a patient has a rec for larger amounts.

Can Prop. 64 Revoke This Medical Defense?

Unfortunately, Prop 64 changed all this. The proposition establishes a pathway for the legislature to alter any part of the voter initiative with a two-thirds vote to “further the purposes and intent” of the act. So, naturally, people assume the sky’s the limit for legislative overreach. It’s not.

No section of Prop 64 addresses the amount of cannabis a medical cannabis patient can possess. In fact, all of the patient possession limits in current law are actually installed by SB94, the new law designed to enact Prop 64. So, technically, the legislature once again attempts to establish limits for these needy people, just like in SB420, that hasn’t been voted into law, defying Prop 215.

Prop 215 has not been repealed. It’s still a voter initiative passed by the people. It’s still a valid law and was not only left intact by Prop 64, but Prop 64 repeatedly defers to Prop 215.

Still, unless you want to be the defendant in that inevitable landmark case revisiting the People v. Kelly, you better know the limit the legislature attempts to impose on patients.

Initially, our reader’s question seems reasonable and easy to answer. Under the recently amended SB94, recreational users can buy up to one ounce of flower or up to eight grams of concentrates. Medical patients can purchase up to eight ounces of flower and — oh, wait, the default amount of concentrates a cannabis patient can buy isn’t in the code.

What now? Time to message the BCC!

Back and Forth with the BCC

How much cannabis concentrate can be sold to medical patients?  So far, the regulations only control flower — 8 ounces. They don’t differentiate for concentrate. Does this mean that 8 ounces of concentrate could be sold as well?

On Feb. 21, we received this response:

Thank you for contacting the Bureau of Cannabis Control (Bureau). Please see the Health and Safety Code section 11362.77. It defines the daily amounts allowed.

That’s not a clear answer, especially since we copied and pasted the applicable code sections that refer to Health and Safety Code section 11362.77 for easy reference. Apparently, their staff didn’t read our entire email.

So we immediately answered back:

I can understand if you didn’t read my question fully. You’re probably getting a million questions. I know it’s referred to in H&SC 11362.77. This is why I mentioned the code at the end of my question and pointed out to you that H&SC 11362.77 doesn’t define medical cannabis at all. The answer is NOT in this code. All this code says is:

This code doesn’t mention concentrate at all. So, my question still stands, how much concentrate can a patient purchase?

The next day, the Bureau responded yet again:

Yes we do get a million questions a day. Thank you for understanding. The Health and Safety Code section does not define medical cannabis, but it states how much a patient may purchase as a daily limit. I have highlighted the section below that should answer your question regarding the daily limit of concentrate, not flower.

Well, that’s all well and good, but it still doesn’t answer the question. The code highlighted above is the amount of concentrate allowed for recreational consumers, not the default amount permitted for medical patients.

Nearly one month after sending this reply, we finally got an answer — well, not really:

In other words, the Bureau of Cannabis Control doesn’t know yet.

The Bureau’s Apparently Stumped—And so Are We

Well, that’s okay. The law isn’t clear to us either; that’s why we asked. The problem is the Bureau of Cannabis Control cites a section of code from SB420 (a law that was rendered partially unenforceable by the People v. Kelly).

While it remains in several amendments, the latest being SB94, it’s old and does nothing to establish an acceptable limit. The section only dictates what parts of the plant can be considered in determining limits.

After over a month-and-a-half of questioning, neither we nor the Bureau of Cannabis Control could find the section of current law dictating the default amount of cannabis concentrate a patient can purchase.

Could it be the amount of cannabis concentrate that a patient can purchase hasn’t been established? Understanding that there’s a subtle difference between possession limits and purchase limits, CAN purchase limits be established since Prop 64 didn’t address medical possession limits — especially since some patients have to travel more than 200 miles to find safe access to their medicine? Can SB94 override Prop. 215 any more than SB420 could?

We’ll let you know when we find out.