Blog  >  Culture  >  Advocacy & Politics  >  What Does the Congressional Cannabis Caucus Mean for Weed?

What Does the Congressional Cannabis Caucus Mean for Weed? 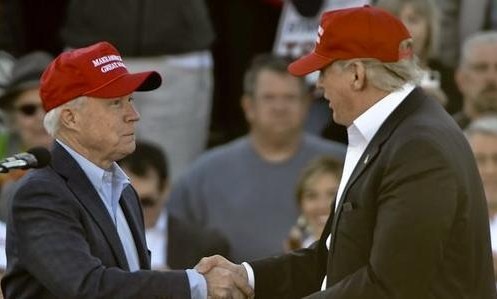 To date, 44 states and territories, including D.C., Guam and Puerto Rico, have passed laws allowing the use of medical marijuana in one form or another. Our President promised during his campaign trail that he would respect state’s rights concerning this issue and leave enforcement in the hands of local governments.

Yet the industry is now growing more and more concerned over recent comments from Trump’s new pick for Attorney General, Jeff Sessions. Will Trump keep his promises? Does the administration even have the power to stop the full-speed legalization train even if they wanted to? What can the Congressional Cannabis Caucus do to secure a better future for cannabis?

Could We Really Move Backwards? 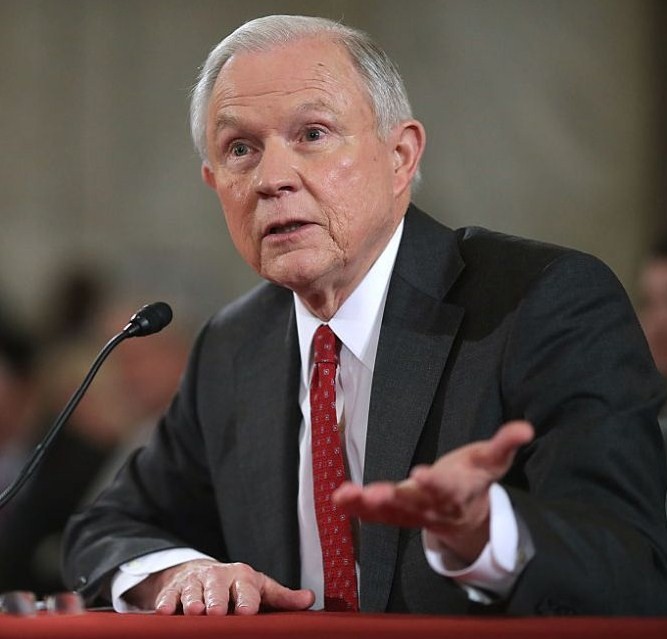 Yes, those who live in legal cannabis states are wondering how safe their investments are. And it’s a fair concern. After all, much of the conversation from GOP stalwarts surrounding legalization is focused on the old knee-jerk arguments from the Reagan Era drug war, statements that have now been proven shockingly false.

For instance, Sessions released a statement just over a week ago saying, “I reject the idea that America will be a better place if marijuana is sold in every corner store. And I am astonished to hear people suggest that we can solve our heroin crisis by legalizing marijuana–so people can trade one life-wrecking dependency for another that’s only slightly less awful. Our nation needs to say clearly once again that using drugs will destroy your life.”

More than 33,000 people died from prescription opioids and illegal heroin in 2015. Roughly half of these deaths were from doctor prescribed medicine.

Yet in the states that have recently legalized medical marijuana use, those deaths have already been reduced by 25 percent.

The lack of scientific and epidemiological understanding in our nation’s leaders is staggering. But how many times can cannabis advocates keep saying that marijuana has never killed a single person and has saved quite a few lives? Till they’re blue in the face? What can you do in the face of such a colossal lack of logical thinking and basic understanding?

According to a recent report from Arcview, legal cannabis sales neared $7 billion in 2014. That’s a whole lot of economy.

Thousands of people have put their life savings into starting new businesses and creating jobs while working with cooperative administrations that realize regulation works best. Some of these companies employ hundreds of people and pay taxes, fees and licenses. In Colorado, for fiscal year 2017 alone, this tax, fee and license income totaled $144,820,374; incidentally a $47 million increase from the year before.

So, the better question might be, how would the Trump administration convince states that are seeing the economic and health benefits of legalization (tax revenue, higher employment, law enforcement savings) to give them up?

It might be safe to assume that the federal government doesn’t have a chance in hell of convincing any legal state to accept the negative rhetoric any more. But four members of Congress aren’t taking any chances. 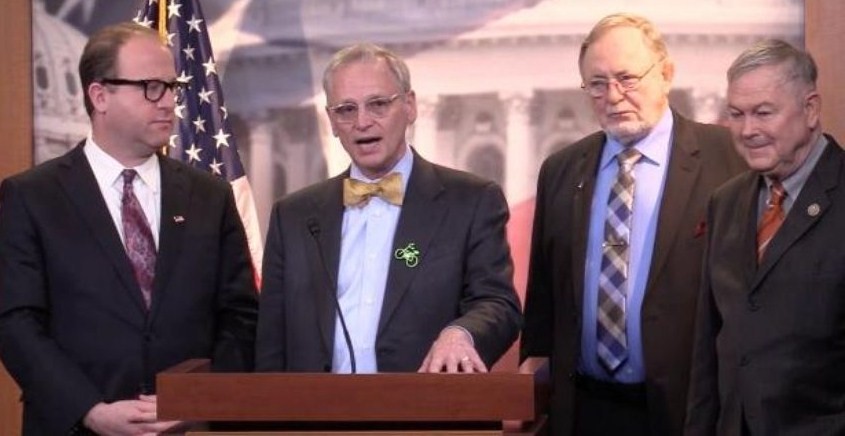 Polis summed up the reasoning behind their decision to form this caucus, saying:

I think, all four of us, we don’t want to be in a place where we are relying on the goodwill of which side of the bed any attorney general wakes up on in any given day. That’s why we’re pursuing statutory changes.

Rep. Rohrabacher is hoping that the third time’s a charm with his landmark Respect State Marijuana Laws Act.

This bill, currently listed under H.R. 975, is short, sweet and to the point. It’s a one sentence amendment to Part G Sec. 710 of the Controlled Substances Act, which reads:

Notwithstanding any other provision of law, the provisions of this subchapter related to marijuana shall not apply to any person acting in compliance with State laws relating to the production, possession, distribution, dispensation, administration, or delivery of marihuana.

That’s it. The entire bill in its current form. But this tiny paragraph could literally change drug law in the nation forever and prevent Sessions from moving against the legal states.

When introducing H.R. 975 to congress in January, Rep. Rohrabacher said:

It’s a travesty that we don’t know what marijuana can be positively used for or what the negative impact is because we haven’t done the research. That is a travesty. It’s a travesty when our veterans come home and they’re given opiates…and our veterans end up killing themselves because now they’re addicted to an opiate.

Unfortunately so far, it’s only been referred to committee by default, the graveyard where 96% of all bills go to die. Currently the bill has 8 Democrat and 8 Republican cosponsors, but cosponsors aren’t necessarily a predictor of success. Bipartisan cosponsors, on the other hand, are a very good sign. Also, so is buzz in the media.

One of the biggest buzz points for this bill is that it makes banking for cannabis businesses possible, thus enabling the 46 additional billion dollars in black market sales to safely enter the legal tax revenue stream.

This is becoming a very tempting point for many lawmakers, even though this same bill has failed to move forward twice before. But Members of Congress need encouragement from constituents to sponsor pro-cannabis bills considering the opposition they face from establishment members—people they deal with on a daily basis.

Meanwhile, Rep. Polis and Rep. McClintock are planning to prevent Sessions from initiating recently-threatened raids and prosecutions by reintroducing the McClintock-Polis Amendment. Meant to become a rider attached to the new federal budget, it can get past a hurdle that most other bills fail to navigate because it’s simply added to a bill that has to pass.

The amendment does much of the same as the successful Rohrabacher-Farr Amendment, as it prevents the federal government from enforcing federal marijuana laws in states that approve the use of marijuana.

The McClintock-Polis Amendment failed to pass in 2015, even though the Rohrabacher-Farr Amendment did in 2014, and has been renewed each year since then (both must pass every year to remain in effect).

This may be partly due to the fact that Congress felt comfortable passing a budget-saving amendment that prevents the federal government from wasting money but doesn’t tie federal prosecutors’ hands. However, the amendment may stand more of a chance moving forward in the current political environment with constituent encouragement.

Does This Uncertainty Mean Cannabusiness Investments Are a No-Go for Now? 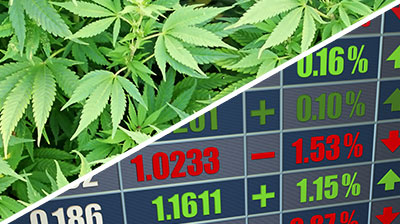 Not necessarily. Sessions would still have to explain his reasoning for prioritizing expensive prosecutions against cannabusiness in legal states when the federal government is already dealing with budget problems. Even Sessions had to admit, “It’s not possible for the federal government, of course, to take over everything the local police used to do in a state that’s legalized it.”

True, it’s possible that the industry is overreacting to Sessions’ hostility toward cannabis. One must admit, it’s very difficult to enforce a law that most people think is wrong. After all, how would you find a jury willing to convict? How do you enforce it in a state where local police are forced by law not to cooperate with federal authorities during raids?

This isn’t to say that Sessions wouldn’t go after some low hanging fruit by encouraging other agencies like the IRS or FDA to go after quasi-regulated cannabis activities. It’s also been theorized that he may order state attorneys generals to crack down, but would they cooperate?

Furthermore, the Cole Memo is still in place. The memo was written in 2013 by then Deputy Attorney General, James Cole, which prioritized prosecution of marijuana offenses around 8 points, focusing mainly on public health and safety concerns. It also acknowledged that prosecution of medical marijuana in states where it’s legal shouldn’t be a priority if it’s not interfering with these 8 public safety considerations.

Unfortunately, it’s an ambiguous enough document that if Sessions were to carry through with his comment that he “may have some different ideas [himself] in addition to that,” he certainly has the power to act.

So What Can You Do?

Industry experts, activists and patients agree that this is a very dangerous time to rest one one’s laurels and become lax with activism. After all, any perception of flagging support from the populous could give misguided leaders the opportunity they think they need to restart the drug war.

So, it’s recommended that you, all medical marijuana patients and supporters, take a couple minutes a week to use the messages in the links below to inform your U.S. Congressional and Senate representatives of their support. It’s easy and only takes a couple of clicks.

Here are three sample letters to help you advocate for the issues listed above:

Any congress member can join the Congressional Cannabis Caucus; the more members it has, the more power it gains to pass legislation. Wide support from a large congressional caucus with many members can change the 96% possibility that a bill will fail into a near certainty that it will pass.