Blog  >  Cannabis  >  Is Cannabis Really Safer Than Opiates, or Just as Dangerous?

Is Cannabis Really Safer Than Opiates, or Just as Dangerous? 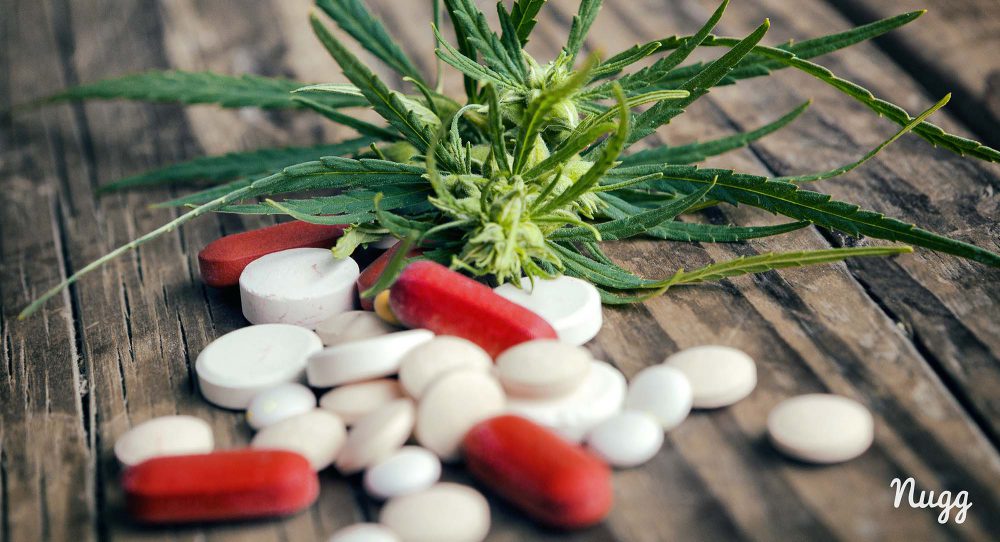 Legally prescribed opiates kill more people than illegal heroin and cocaine combined. Meanwhile, the ugly stepsister on the Schedule I drug list, cannabis, has yet to take a single soul. The federal government, however, stubbornly maintains that opiates have a medical use while cannabis does not.

Have they lost their minds? On the take? Or are they simply ignoring the facts?

Roughly 23% of adults reported consuming opiates in some form between 2015 and 2017 – mostly in the form of legally prescribed painkillers. The CDC reports that 55,043 of these people died from an opiate overdose in the same amount of time. In contrast, cannabis is the most commonly used illegal drug in the United States with 22.2 million users, according to the CDC, with no recorded deaths.

Then why are opiates so commonly prescribed while our federal government attacks cannabis like an instrument of biological warfare?

Here's what you'll learn in this article:

Is Cannabis Really Safer Than Opiates?

The general consensus remains that cannabis is a far-safer alternative for treating ailments associated with serious illness than opiates. Here are a few reasons backed by science, not just anecdotal evidence:

1) The LD50 (the median lethal dose) for cannabis is many times higher than for any other comparable medicine.
2) There’s a huge gap between the effective cannabis dise and the estimated LD50, while there’s a tiny gap between the effective dose of opiates and the LD50.
3) The body’s own physiological responses when cannabinoid receptors are activated add protection from an overdose of THC, while opiates can easily fatally depress respiration.

But what does all this scientific jargon mean, and is it still possible to die from a cannabis overdose? Is cannabis truly a safer alternative, or would patients who use it just trade “one life-wrecking dependency for another that’s only slightly less awful,” as Attorney General Jeff Sessions says?

Let’s take a closer look at the facts.

Yes, it’s possible to die of a cannabis overdose. But unlike opiates, this is incredibly difficult to accomplish. And, contrary to some controversial news reports, no one has actually succeeded.

This is commonly accepted knowledge, yet there are few people who can explain why this is so. There are plenty of articles online claiming it’s feasible to overdose on edibles with high-potency concentrates. Some even estimate you could die from eating a 2,000mg THC treat. It’s a good idea to consider the source for such an unreasonable claim.

All of these speculations add to the confusion that fuels the nationwide legalization debate, and some of them merely defy common sense. For instance:

That last is a legitimate question for anyone who’s ever experienced a massive case of couch lock from that hypothetical 2,000mg candy bar.

LD50 is an abbreviation for the dose that would prove lethal in 50% of test subjects. For this reason, tests to determine lethal doses are only administered on test animals – often genetically modified lab rats. These are done under controlled conditions where varying doses are given to test subjects; meanwhile, control groups receive the same substance without the active ingredient.

If a lab tests the LD50 for oral THC administration in a corn oil base, it would have to test groups with varying doses of THC, and the control groups would get the corn oil. The dosage for the measured substance is in mg/kg body weight, or milligrams of the substance per kilogram the subject weighs. So if we have a freakishly large test rat weighing one kilogram that was in the 50mg/kg test group, it’d receive doses of 50mg THC.

It’s important to understand because these tests are performed on animals, not humans – making it impossible to measure the exact toxicity for any substance. There are physiological differences in metabolism and biology that come into play.

It’s also true that every substance we ingest has an LD50 – including the ones we need for basic biological functions like water and vitamins. You can die from drinking too much water at once, water intoxication, and it happens quite often. So, it’s important to look at these figures with this understanding.

Thought to be the most psychologically and physiologically active compound in cannabis, Delta 9-THC is not the only one. The cannabis that we normally smoke, eat (and hopefully don’t inject) has many other derivatives that have been tested even less than THC, including:

Some of these compounds, like cannabidiol, have opposing effects to Delta 9-THC and therefore mitigate the drug’s effects. This is why LD50s for pure THC should be considered only as guidelines for further research, not the definitive guideline for human dosing. View a fairly comprehensive list of the 483 known cannabis compounds and their known physiological effects here.

How Does This LD50 Translate to Human Dosing?

Since the LD50 estimates based on animal studies are so varied and the tests have only been on animals, it’s pretty hard to nail down how much cannabis would be needed to kill someone.

LD50s vary widely between species. A human can tolerate up to 1,000mg/kg of theobromine, the chemical in chocolate that can kill dogs and cats if they eat as little as 300mg/kg. There’s also a large gap between the lowest dose of a substance that can kill and the dose that kills 100% of the test subject – known as the LDLo and LD100 respectively.

All we can do is attempt to extrapolate the best guess of the human LD50. Estimates have ranged from “smoking enough to die of oxygen deprivation first” to “drowning in a vat of hash oil.” These claims, far from a scientific explanation, do little to ease the jitters and paranoia suffered by the poor sap who just ate a 2,000mg candy bar for his first cannabis experience. Let’s look at the numbers.

The lowest effective oral dose of pure THC that produced fatalities in 50% of rats was 666 mg/kg (a kilogram is 2.2 pounds). That means the sap who ate that super potent candy bar would have to weigh about 6.6 pounds (roughly the size of a small newborn infant) in order to have a 50% chance of dying, according to the most conservative LD50 estimates.

If he weighs about 160 lbs., he’d have to consume roughly 48,436mg of pure THC to reach this threshold. If he’s never eaten that much before, it’s a good bet he’s freaking out.

For contrast, the LD50 for oral administration of the common opiate fentanyl citrate in rats is 18mg/kg.

A substance’s effective dose is “the amount of a drug, or level of radiation exposure, that’s sufficient to achieve the desired clinical improvement.” The larger the gap between the LD50 and the effective dose, the safer and more effective the drug. In truth, this number is far more important than the LD50, since it determines the risk of overdose from a standard dose.

The measurement of the mean effective dose for a drug, versus the mean lethal dose, is often called the LD50/ED50, or the Therapeutic Index (TI). Here are the TIs of several common drugs to put the issue in perspective:

According to the TI ratings, the only fully legal drug on this list is also the most dangerous – alcohol. This would explain why there are 2,200 U.S. alcohol poisoning deaths each year. It also explains why we have yet to see a single cannabis poisoning fatality.

When THC is introduced to the brain, it releases the hormone pregnenolone, inhibiting the intoxicating effects of THC. In other words, we naturally have a built-in system that keeps us from “getting too high.” Our 2,000mg chocolate-eater wondering why paint is peeling off the walls will probably tell you it’s not working.

In fact, many scientists are looking into the effectiveness of pregnenolone for treating cannabis overdose. After all, many people who take too much seek hospital treatment because an overdose tends to make some feel frightened. Most of these people would appreciate a faster option than just “waiting it out.”

This can also serve as an effective deterrent to excessive cannabis abuse. Those who’ve experienced a “bad trip” from using too much for their tolerance don’t want to repeat the experience.

Sometimes All That’s Needed Is a Little Common Sense

After examining the facts:

It’s hard to believe anyone would consider cannabis as merely a “slightly less awful life-wrecking dependency.” If anything, cannabis is a vitally important and incredibly safe medicine that could provide relief for thousands of people who currently risk addiction or death from overuse of opiates for pain control.

If you have questions, our Cannabis Concierge can help steer you towards the products that might be suitable to help you find relief from your symptoms. You should check with your doctor before incorporating cannabis into your treatment regimen, but our team of experts can help lay out your options.