How to Have a Productive Dinnertime Discussion About Cannabis 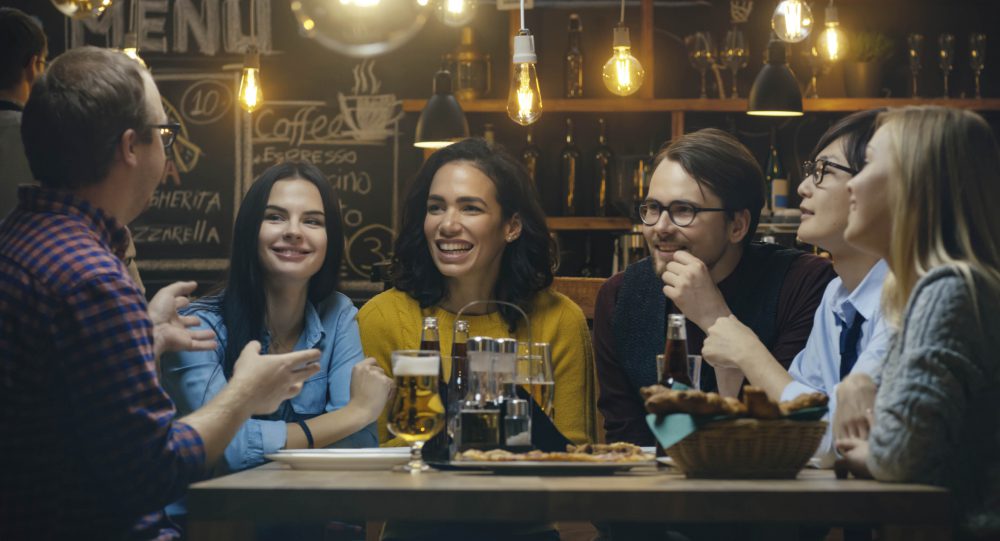 Dinner conversations can be quite joyful and celebratory. At other times, they can be downright fiery. Depending on your guests, cannabis tends to be a topic often evokes both outcomes.

When discussing cannabis over dinner, proponents of the plant run into a myriad of hurdles and potholes that can derail the conversation.

We spoke with some cannabis professionals to see how they broach the subject. Here’s what they had to say.

What you'll learn about:

The Hurdles & Pitfalls to Talking Cannabis

The professionals who talked to Nugg laid out a number of challenges when discussing pot. On a broad level, most of the significant pitfalls fell into four categories: Health, Society, Regulation and Culture.

Dana Leavy-Detrick, Director of Canna Career Partners, explained that the most significant challenges she faced were the physiological and societal roles of cannabis as well as the potential gains from legalization. As such, Leavy-Detrick suggests that first focuses on education.

She explained that this education should center on “building knowledge, trust, and curiosity around what cannabis is as a product, and how it can impact our society from a medical, economic, and cultural perspective.”

This is an experience Leavy-Detrick has faced herself. Like many at the dinner table, generations of families tend to disagree. In this case, her conservative father erroneously links cannabis and alcohol.

As such, she says that he “likens cannabis to alcohol, considering legalization as simply a liberal tactic that will ultimately result in drug-fueled violence and DUIs.” She attributes this error to his misunderstanding of the plant’s effects as well as its consumers and applications in a legal market.

Politics is far from the only conversation hurdle. Sometimes religion and cultural upbringings play a significant part.

Adriana Herrera, Founder, CEO and CTO of the automated cannabis training platform EpicHint, told Nugg how growing up in a Catholic Mexican-American household affected her family’s cannabis beliefs. Despite both her parents working in healthcare and relying on science for evidence, Herrera said they still view cannabis as bad. She chalks these beliefs up to an emotional decision.

“For decades, cannabis – alongside other drugs – was responsible for violence, kidnappings, deaths, and destruction in Mexico and Latin America,” adding, ”It was something to stay entirely away from.”

How to Successfully Talk Cannabis

These broad conversation potholes and hurdles make the subject particularly volatile. One wrong point and the conversation can quickly become misconstrued. Overall, the key to avoiding this outcome is by relying on facts. Share knowledge and educate your guests. While stats are telling, remember that some are more swayed by visuals. In those instances, books, documentaries and phone video clips are all useful tools to have around.

However, those points are just like the issues that can derail the talk. Meaning, they’re all broad. The nuances of the opposition are immense and difficult to tap into on a case by case basis.

So instead of tackling the opposition’s concerns head-on, cannabis proponents may want to think a bit more strategically. Forget leading with passion and instead lead with strategy. Tap into your inner politician or CEO, the ethical kind, and come out swinging with measured composure.

Cain Castor, co-founder of the L.A. marketing agency Good People, told Nugg how trips back home to New York with his conservative family cause friction. Castor explained how numerous family members weren’t fond of his profession.

“Whenever I travel back east to speak to my more conservative family members, I find myself having to sell a new family member on what I do.” He added that his response tends to sound like, “No, I’m not a glorified drug dealer or a junkie. I’m a cannabis marketer and an enthusiast.”

One key to navigating the often-tense chats is tone. Castor explains how tone can help sell cannabis to skeptics.

“Be as tactful as possible. You do not want to fuel their stereotypes with combative behavior.” He added that listening to their claims, no matter how ridiculous, helps make the conversation go smoothly.

Cannabis author Sandra Hinchliffe also spoke to dispelling stereotypes. She explained that “Sure, we all love a stoner teddy bear and our hippy friends–but now is not the time to introduce them, no matter how wonderful.”

Instead, Hinchliffe suggests sticking to mainstream, positive images that mirror the lifestyle of the opposition, except with cannabis involved.

Many respondents say that they lead their conversations with health. Under this umbrella, you can explore several issues at the dinner table.

Castor explained how his Reagan-era parents may not understand the health benefits of cannabis thanks to years of misinformation. He mentioned breaking down the benefits of THC and CBD and how they reduce the need for prescription medication.

In addition to replacing potentially addictive medications, Castor suggests discussing cannabis as an alternative to alcohol use as well.

Autumn Shelton, co-founder of the indoor cannabis cultivator Autumn Brands, also touched on addiction. In this case, Shelton suggests laying out that cannabis is just not the same as the other drugs it has been associated with.

Both Shelton and Adriana Herrera also echoed relatively recent health discoveries cannabis detractors may not be aware of. Both cited the body’s endocannabinoid system, which was only discovered in the early 1990s, as a credible talking point.

Herrera explained how she linked this connection between body and religion to her family.

“The human body is literally built to make use of cannabis’ properties,” Herrera explained. She elaborated that “My family is Catholic, so, the idea that God is so thoughtful to create our bodies to make use of medicine he also created went pretty far.”

In addition to religion, Herrera was able to connect cannabis to the colon cancer treatment of her good friend whom the family loved like one of their own.

Herrera also noted the power of history in her efforts. Going back to its use in ancient China, she highlighted the journey cannabis has taken through the years before being used in the U.S.’s misinformation campaign. This includes American lawmakers using the term marijuana against Mexicans.

She went on to point out that, “the term’s origin is racially motivated and was created to antagonize Mexican immigrants as well as place distance between the plant, its biological genius, and its uses [such as] industrial, food, medical–which created economic competition.”

After demonizing cannabis and further demeaning people of color with this campaign, cannabis went into the prohibition we continue to push back on today. Despite it being the elephant in the room, our respondents were torn: is prohibition a worthwhile subject if you want a productive conversation?

Chris Rice, director of the documentary Cannabis: A Lost History, supports discussing prohibition. Rice noted how this point acknowledges the failures of other prohibition efforts. He added that “this is true of the prohibition of alcohol, which did not reduce the number of consumers but did increase the amount of crime associated with its clandestine nature.”

“Always remember that prohibitionists come from every part of the political spectrum, right, and yes, left.” She elaborated, “I’ve met quite a few ‘progressive’ prohibitionists, and just as many conservative ones. Avoiding the mention of any politics keeps the conversation on the right track.”

The advice offered up today may or may not help keep your next dinner discussion productive. Each person involved is complex and layered. One person may be swayed by stats while another may be hung up on the plant and its connection to their god. In other cases, going headfirst into politics may be ideal, while others have seen the strategy blow up worse than a DIY backyard butane extraction lab.

According to Adriana Herrera, her approach did open her family’s mind quite a bit. Herrera revealed that “To my surprise, my Catholic, old school Mexican-American parents were like ‘okay’ and then had a bunch of questions about what cannabis can be used for.”

Her efforts and the cannabis experience of their close friend helped the family better understand the plant. She pointed out that “Learning about the history of cannabis, our endocannabinoid system, how taxes are used from the sale of cannabis, and the additional close to home human impact stories tied everything together.”

She added that “They now cutely refer to cannabis as ‘the ganja,’ support the legal sale and use of cannabis (preferably for medicinal purposes), share what they learn about cannabis with other family members, and support my choice to build my company.”

Her family may not consume cannabis after their talks, and your’s may not either. However, if you can convert one detractor into a listener, then they may just become a proponent sooner than later.

If you or your family member has a question about cannabis, chat live with Nugg’s Cannabis Concierge, and spread cannabis education at your next dinner table discussion.