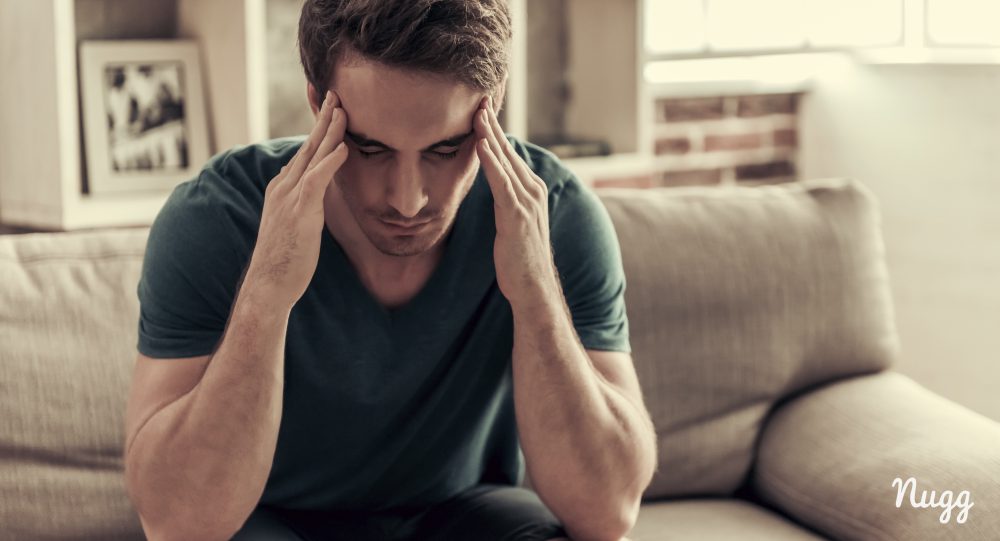 The lights in your apartment or office feel as intense as spotlights. You can’t look at your computer screen or TV. Even your smartphone seems blindingly bright. You sit quietly in the dark and try to remain calm, but can still feel your temples throbbing.

Keeping your eyes closed and taking an over-the-counter pain reliever usually works for most people, but for those with chronic migraines, debilitating pain is a recurring symptom.

You may have heard the terms “headache” and “migraine” used interchangeably, but these are two very different experiences – migraines involve headaches, but not all headaches are migraines.

A headache is simply the symptom of pain in some region of the head. Headaches are caused by a number of factors and tend to pass within a few hours, though some extreme headaches may last several days.

By contrast, a migraine is typically characterized by intense pain, a throbbing sensation around one or both temples, and secondary symptoms including photosensitivity (sensitivity to light), sensitivity to sound, nausea, vomiting, body tingling and difficulty speaking. Some people also experience visual distortions, called an aura, before or during a migraine. Auras can be blobs of light, sparks, zigzags or dots that typically last under an hour, though not everyone experiences them.

Some migraines come on suddenly, while others may develop over a period of one to two days. Warning signs often include rapid changes in mood, constipation, muscle tightness, and a dramatic increase in thirst and urination.

The headaches associated with a migraine can last up to 72 hours, though treatment usually helps reduce their duration. Some migraines pass within a couple of hours. As the migraine recedes, common after-effects include dizziness, disorientation, irritability, fatigue/weakness, continued light and sound sensitivity.

Your doctor may perform a variety of tests before diagnosing you with migraines. These may be simple blood tests, imaging tests like an MRI or CT scan, or a lumbar puncture to analyze your spinal fluid.

What Causes a Migraine?

Migraines are commonly caused by a nonfatal genetic abnormality in the brain. That abnormality involves an overactive cluster of nerves that cause the surrounding blood vessels to expand and release serotonin and other chemicals, which in turn causes inflammation in the affected area(s).

A number of factors determine who gets migraines. Individuals with a family history of migraines may be more likely to experience this debilitating condition. In fact, some studies suggest that if a parent has migraines their children have a 50% likelihood of developing them too.

Age may also be a factor, as most people experience peak migraine symptoms during their early- to late-30s. Women are more prone to migraines than men, and some researchers have suggested that migraines may correspond with hormonal shifts associated with the menstrual cycle and/or pregnancy. They tend to get worse during pregnancy and taper off after menopause.

If you’re prone to migraines, certain factors may worsen the symptoms of an attack or even induce one. Some common triggers for migraines include:

How Are Migraines Treated?

There’s no cure for migraines, but medications and lifestyle changes may help control the frequency and intensity of attacks. Only your doctor can diagnose you with migraines and advise you on how to treat symptoms.

Many people with migraines rely on over-the-counter pain relievers, including acetaminophen, aspirin or ibuprofen. Some also take anti-nausea medications to help manage the vomiting and/or nausea that often accompanies migraines.

Your doctor may recommend a prescription medication if over-the-counter medications are inefficient or cause significant side effects. Some common medications used to treat or prevent migraines include:

In addition to prescription and over-the-counter pharmaceuticals, some individuals use cannabis to help treat the symptoms of migraines.

Current Research About Cannabis and Migraines

Studies show that lab rats with induced migraine symptoms experienced significant relief from THC administered in a controlled dose and schedule. Other studies surrounding human cannabis use suggest that cannabis may be an effective anti-inflammatory treatment for some individuals, which may be a promising discovery given the role inflammation appears to play in migraine attacks.

However, other researchers believe that cannabis use may actually cause headaches in some people. Further research is needed. So if you suffer from migraines, ask your doctor whether cannabis could help treat your symptoms and what (if any) side effects you might experience.

Some studies propose that balanced, measured THC/CBD treatments may help with migraines. Cannabis has been used to treat migraine symptoms for hundreds of years–especially indica strains–and researchers note that smoking cannabis offers quick pain and nausea relief associated with them. However, those same researchers also raised concerns that cannabis may cause a risk of dependence in some individuals.

In addition to treating the symptoms of an existing migraine attack, some researchers found that cannabis use between attacks may help prevent future migraines.

Before you begin using cannabis for migraines or any other ailment, you should talk to your doctor to determine whether cannabis is right for you. He or she should be familiar with your medical history to make recommendations for or against cannabis.

If your doctor has recommended cannabis and you’re not sure where to begin, Nugg’s concierge service will give the help you need. Their Cannabis Concierge team at Nugg can provide you with information on specific cannabis flower, vapes, edibles and other products plus where to get them if you live in a state that allows MMJ for migraines.