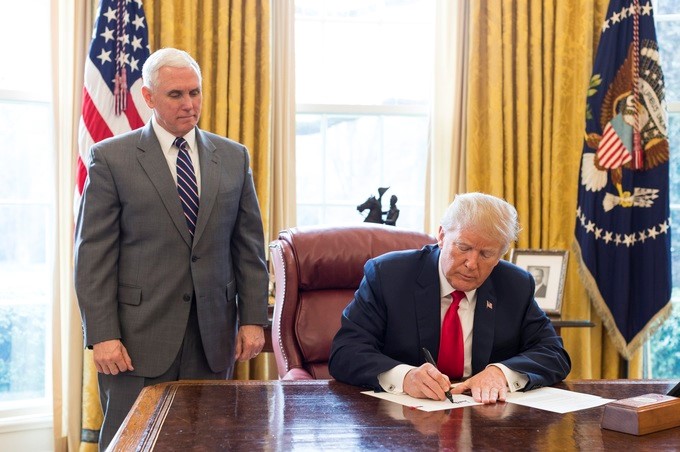 President Trump just signed the $1.3 trillion spending bill, and it looks like the entire country is angry. The only people happy with this are the medical cannabis patients and providers who’ve received yet another stay of execution via the Rohrabacher-Blumenauer Amendment. But will this happiness last?

What Is the Rohrabacher-Blumenauer Amendment?

First introduced in 2001 by Maurice Hinchey, the amendment took over a decade to pass through the House and become enforceable as part of the omnibus spending bill in 2014. Since then it’s been successfully renewed; however, the fight was particularly dicey this time due to Attorney General Jeff Sessions’ attempted interference.

And the sense of relief among cannabis patients is almost palpable today – especially in light of Sessions’ increasingly alarming announcements. In fact, his choice to rescind the Cole Memo was just the start of a Nixonian attempt to reignite the drug war. Sessions also reversed an Obama-era stance that prevented asset forfeiture abuse by law enforcement.

Worse, just this week Sessions induced the eye-roll heard ’round the world when he literally encouraged the death penalty for drug dealers. Cannabis activists and patients are glad that such ill-conceived concepts won’t affect them – at least until the 2019 budget.

How Long Will the Amendment Protect Us?

Only until about September, when it must be renewed yet again with the 2019 budget bill. And as much trouble as President Trump has trying to convince Congress to dance to his tune, the 2019 budget could take just as long to approve as it did this year. So, in a few months, medical cannabis patients will surely be sweating again.

But do these protection gaps really matter? After all, the amendment has been fairly successful and most Americans now support it. But as it turns out, those gaps do matter. If the amendment doesn’t pass next year, prosecution efforts could move forward on several federal cases currently on hold.

What the Rohrabacher-Blumenauer Amendment Isn’t

The amendment recently had the support of a 9th Circuit Court of Appeals ruling. The decision overruled the Justice Department’s aggressive stance toward medical cannabis and forced them to acknowledge that the amendment does prevent federal enforcement against medical users and dispensaries in legal states. But it’s still not a free-for-all.

If the community wants to protect newly-won recreational cannabis rights in the eight states that have moved out of the dark ages, it’s going to take some serious effort. Sessions has proven to be rather rabid on the issue.

What We Need to Watch For

First, stay informed. After all, a good defense is the best offense. See a roadmap to the prohibitionists’ efforts to renew the drug war here. This conservative article from exactly one year ago shares 11 tactics that the federal government can use to enforce federal cannabis prohibitions, and several of these tactics have already been initiated. So this author must be on to something.

Among the most alarming suggestions are:

Tactics like these can be easily be halted in their tracks by informing state and local representatives that we support a legal and safe market for cannabis, not a return to the prohibitionist stone age.

At least we can breathe a small sigh of relief knowing that the most vulnerable members of our cannabis community are safe – for now.