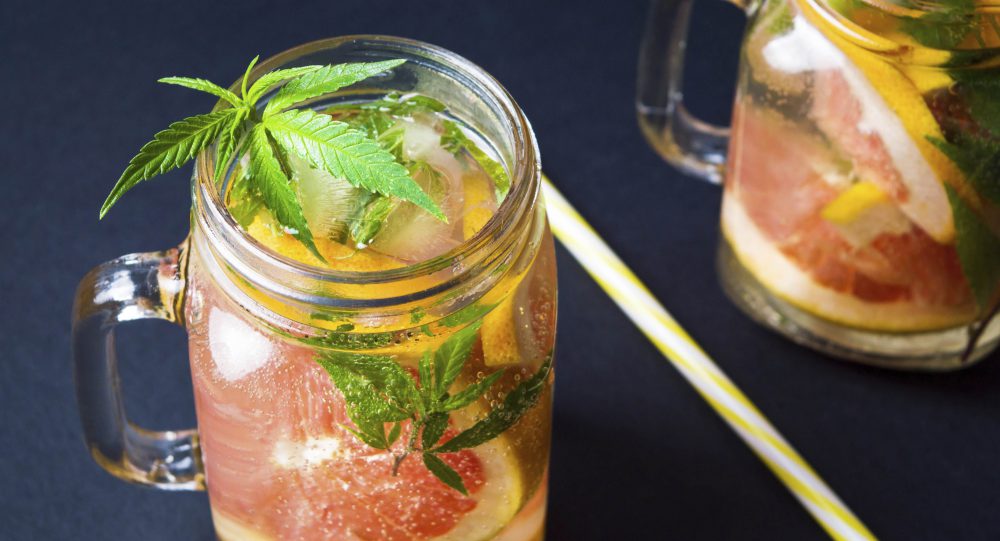 Cannabis consumption is becoming accepted by more people each day. That, however, does not mean that detractors are going away anytime soon. From the Jeff Sessions types to the casually uninformed, cannabis detractors continue to make their knocks against its use in our society.

All too often, cannabis will eventually find itself compared to alcohol. In some cases, detractors try lumping marijuana in with the adverse effects of booze. Other instances may find someone supporting alcohol as the better option.

Regardless of the scenario, here are some of the best rebuttals for when a person says that your cannabis use is a problem.

10 reasons to choose cannabis over alcohol:

Cannabis Is Medicine to Many

Depending on the cannabis consumer, some may be taken aback by even comparing the two. Outside of the marijuana community, some may still view pot as merely a recreational thing. To them, it is likely on the level with alcohol.

That is not the case for the scores of patients using cannabis to treat their medical conditions and symptoms. People of all ages and backgrounds use marijuana to live a better life. They include children with epilepsy, returning veterans with PTSD, grandparents with joint conditions and parents who just need some help sleeping.

In short, cannabis is used as a medicine by far more people than detractors expect. They likely aren’t even aware of how hot a topic this argument can become.

The way young people prefer to drink has changed over the years. Shifts in recent years indicate their increased preference for craft beer and wine over the cheap stuff. More so, when cannabis is introduced, legalized counties see a 15% drop in alcohol sales on average.

While this may not work as a rebuttal in every scenario, these shifts represent a changing culture. Whether you are part of the demographic or not, young adult consumption shows where cannabis is heading.

The reasons below will explain why many are choosing to follow this route.

It’s Often Cheaper Than a Night Out

Depending on your usage levels, this argument may not hold as much water. However, for the casual cannabis consumer, the costs compared to a night out drinking tend to be lower.

Let’s say you buy an eighth for $50. While the upfront cost certainly is felt, most consumers will be able to use this flower over a brief but extended period. While the same could be said of a bottle of wine or alcohol, it can just as easily be consumed in a single night between a few friends.

Again, the scenario can be flipped depending on your consumption levels of the two. Rely on a keen sense of self-awareness before making this claim.

Mike Terry, SEO Manager for Herb, told Nugg that a lack of hangovers is one reason he is a cannabis consumer.

“You can easily smoke all night and feel nothing short of amazing the next morning whereas a heavy night of drinking has the opposite effect where you feel like complete garbage with a bad hangover.”

“From a practical standpoint, consuming a few alcoholic beverages can reduce your quality of sleep, and make you feel hungover in the morning, which can be a terrible feeling.”

Taylor added, “Using cannabis instead is a much better alternative when it comes to the next morning, and that is especially important for people who have kids and/or a job to go to.”

Thanks to the expansive world of cannabis strains, compounds, cannabinoids, terpenes and more, the varying effects of strains allow for each to suit the needs of numerous consumers.

For many, this means needing relief during the day without losing track of their daily tasks. Often, these people reach for a sativa or a strain with a higher CBD to THC ratio.

This cannot be said about beer. Mike Terry explained that “even a beer or two during the day will seriously inhibit my productivity,” adding that “smoking a bit will typically boost my drive and help me to get shit done, depending on the task.”

The same can be applied at home.

Terry explains “For example, if I started drinking at home while using my computer or playing video games, after several drinks I am starting to get drunk, have trouble focusing, and am utterly useless on a computer.” He adds, “Smoking cannabis, however, I never would hit a point where I couldn’t use a PC anymore no matter how much I consumed.”

People love booze and pot because they make you feel good. That does not mean that they provide similar types of intoxication, however.

Consuming too much alcohol leads to decreased motor skills, lowered reasoning, weakened balance and a loss of consciousness among other noticeable effects.

Alcohol Tolerance Changes as You Age

Our body’s ability to tolerate alcohol changes as we age. What once wouldn’t affect us as much does as we age thanks to several factors, including a decrease in water in our bodies as we age.

Heidi Minx runs the branding and PR firm MinxLive. After reaching 45 years old, Minx began developing adverse reactions to her evening glass of wine. They included sweating at night, vivid dreams, waking up in the middle of the night and not being able to get back to sleep.

Now, Minx reaches for a 4 to 5mg THC edible. She told Nugg “I’m resting soundly through the night now. And frankly, with the new testing regulations being so stringent, I trust what is in my cannabis to be cleaner than wine.”

Much Less Addictive to Most

In most cases, cannabis consumption does not lead to addiction as is the case with alcohol and hard drugs. While some studies suggest that there is some degree of dependency on cannabis, this only affects a small portion of cannabis consumers.

Meanwhile, 2015 data found that 15.1 million adults over 18 in the U.S. suffered from alcohol use disorder (AUD). An additional 623,000 minors aged 12-17 also suffer from AUD. This contributes to the estimated 88,000 that die in America from alcohol-related causes each year.

That said, cannabis should still be consumed responsibly. This is especially true in younger consumers, as debates and studies around brain development and marijuana use disorder continue.

When discussing social lubricants, most think of alcohol. In our younger days, we may call it pre-gaming. As we get older, it may be a cocktail. Whatever the name, it tends to represent a substance that helps us relax.

But for some, this can have the opposite effects. Sure, it is prone to make us more social, but remember how quick thoughts can turn from jovial to regret, sadness and even violence for some. Or, you just get sick and throw up. All bad outcomes.

On the other hand, cannabis is often great for deep, probing chats. In fact, many strains are used to promote increased social attributes. Some effects include easing social anxieties and increasing conversations. Just don’t follow a path as comedian Jason Mantzoukas did and you should see positive social gains from your cannabis use.

Much Fewer Trips to the Bathroom

There are several incredible rebuttals for why cannabis use bests alcohol. While many are rooted in science and emotion and changing lives, let’s not forget the basics.

You are going to pee a lot more drinking than smoking. This means more trips off the couch when relaxing at home. It also means standing in heinously long lines at clubs, concerts, bars and other events where the last place you want to be is in the toilet or, worse, its line.

While cannabis might have you getting up to find snacks, you won’t be, as the iconic band Chumbawamba would say, pissing the night away.

Use these talking points at next time you need to rebuke a detractor. Have another talking point? Let us know! We’d love to hear from you.