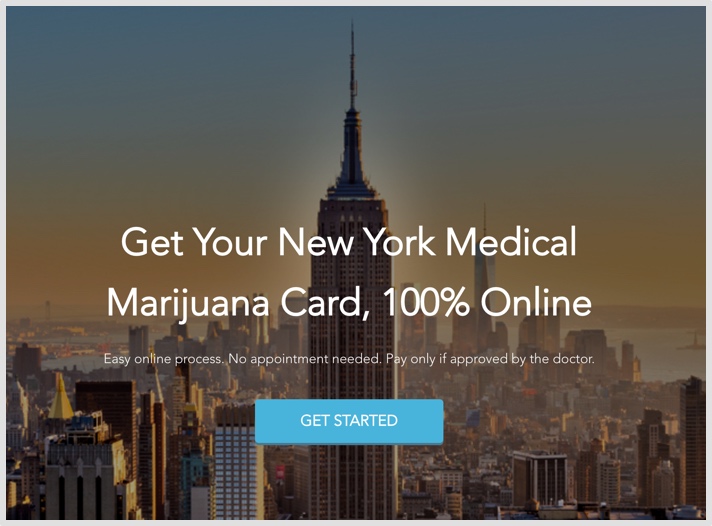 New York, NY:  On April 18, NuggMD, the California-based leading telemedicine portal that connects qualified medical marijuana patients with licensed physicians online, extends their services across New York. They are the first company to put forth a bold effort to combat the policies that currently severely restrict access to medical cannabis, despite it being legal in the state.

In 2016, NuggMD assisted more than 40,000 California patients to obtain an online medical marijuana consultation with a licensed physician and with their launch, the company is excited to enable participating New York physicians to provide convenient and efficient care to patients statewide.

In March 2015, New York passed the New York Telehealth Amendment Act (Senate Bill 2405), allowing doctors and nursing practitioners in the state to provide medical care and issue medical marijuana certifications 100% online using telehealth/telemedicine technology. With this, New York became one of the five states that does not require an in-person physical examination, to establish a bona fide patient-physician relationship.

“Although New York approved medical marijuana in 2014; barely 14,000 people legally have access to it because of restrictions on the visibility and number of doctors. This is a trend we’ve seen across the board in states with new marijuana laws on the books. Access should be feasible, but it’s not, and we’re going to change that; our network of cannabis-expert doctors will accelerate that change better than anyone else,” says Collin Mann, CEO at NuggMD.

To make matters worse, the state Health Department refuses to release certified marijuana doctors’ names, keeping the potentially life-saving medicine out of reach for many who need it. Many patients find themselves 100 miles away from the nearest certified doctor, making it impossible to get the treatment they need.

“It’s frustrating that we can’t find a practitioner, especially while knowing that children in different states have full access to this medicine” stated Dr. Amy Piperato, a doctor in NY whose daughter has epilepsy (video). This is why NuggMD has come to change the situation by extending its services to New York State.

On December 1, 2016, the NYS Health Commissioner; Dr. Howard A. Zucker; announced that chronic pain will be added among the other qualifying conditions for medical marijuana, and now it HAS been added as of March, 2017. Finally, a sign that New York is finally on its way to granting true access to medical cannabis for patients who need it.

NuggMD is California’s largest cannabis marketplace, facilitating access to cannabis in every major metropolitan area (and then some) statewide. It lets anyone consult with a marijuana doctor and order products online from dispensaries that deliver straight to them in under an hour. NuggMD is currently in the process of expanding its business nationwide, beginning with the expansion into New York starting in April.

Are you a New York resident? Click here to start the New York evaluation process. It’s quick and easy, and your certification is delivered via email along with exact instructions on how to access medical cannabis in New York afterwards!