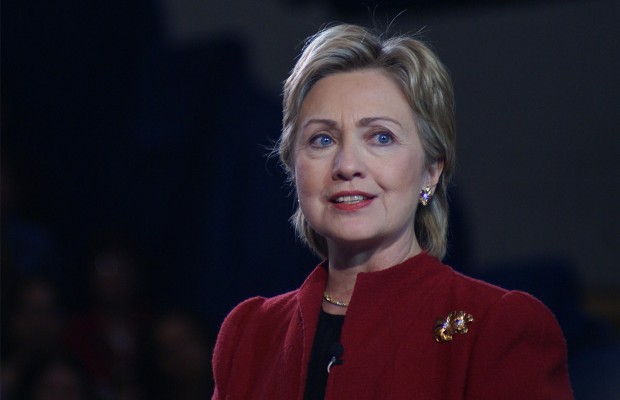 Throughout the past several months, cannabis reformers have been sizing up all of the candidates that have come crawling out of the woodwork to cast a bid for the presidential nomination. As with every major election, all of the groups currently working to change the marijuana laws in the United States are trying to get a grip on which candidate they should support in the 2016 campaign for the White House.

Some of these handicapping strategies are relatively simple, like understanding that Chris Christie and Marco Rubio, have no chance with the voters due to their verbal disdain over what is currently underway in regards to the cannabis trade. After all, the latest polls consistently show that the majority of the population supports legalization in some form or fashion. In addition, recent surveys have revealed that voters want the federal government to stay out of state marijuana laws. In other words, speaking out against the legalization of cannabis, or even better, threatening to shut down the industry, is not the smartest platform to take in this election.

Strangely, it is the Democratic candidates that have the cannabis nation a bit confused at this juncture. Right now, there is a great deal of support for Bernie Sanders who, while dragging his feet on offering a solid position on cannabis reform seems to wholeheartedly support putting an end to the drug war and also continuing to allow marijuana to do its thing in whatever states that are willing to have it. Because of this, Bernie Sanders is often viewed as the best bet for the next leader of the free world.

But, then there’s Hillary Clinton – the New York Senator and wife of former President Bill “I didn’t inhale” Clinton. She’s a candidate whose experience could certainly benefit the United States in many ways, but the problem is she seems skittish about sharing her views on one very important issue that voters want answers to this year: the legalization of marijuana.

Regardless of her slowpoke attitude, many pot proponents still want to side with Clinton because she is likable and seems to have the best odds at winning if another democrat is destined to control the Oval Office.

According to a recent article in Bloomberg Politics, the billion dollar cannabis industry is very curious about where Hillary Clinton stands on the issue of legal marijuana – mostly because industry leaders may have some funds to donate to buoy her campaign. However, before that happens, Hillary’s campaign needs to provide them with some indication on her official position and what she plans to do to or for the industry if she gets elected.

During a recent fundraiser in Portland, Oregon, where representatives from the state’s cannabis industry lined up to get a moment with the former first lady, Hillary Clinton said she had been working with Representative Earl Blumenauer on a number of issues, including “cannabis reform.” Hillary also suggested that she had discussed with Blumenauer the possibility of using marijuana legalization as part of her campaign platform, but that she was “still thinking about it.”

Unlike other candidates in the race, including Republicans Jeb Bush and Ted Cruz, Clinton really hasn’t said much about her views on cannabis. On one hand, she wants to take a “wait and see” approach to adult use cannabis in states that have already made it legal. On the other, she argues that there isn’t enough research to prove that medical marijuana is actually an effective treatment.

“Although I think for people who are in extreme medical conditions and have anecdotal evidence that it works, there should be availability under appropriate circumstances,” said Clinton. “But I do think we need more research, because we don’t know how it interacts with other drugs. There’s a lot we don’t know.”

Earlier this year, Clinton’s campaign refused a donation from the National Cannabis Industry, which has prevented her from capitalizing on fundraisers hosted by the organization that are responsible for generating insane amounts of money for other candidates, like Rand Paul.

On the flipside, during a recent campaign fundraiser hosted by Florida attorney John Morgan, the man bankrolling a large majority of the state’s medical marijuana initiative in 2016, Clinton apparently had some encouraging words in regards to her position on the legalization of cannabis that left him “very satisfied,” according to Bloomberg.

Representative Earl Blumenauer, the lawmaker responsible for a number of bills aimed at changing the course of prohibition in the United States, says that after spending some time with Clinton he believes she “would be at least as good, if not better” in regards to the issue of marijuana legalization than President Obama.

With the Iowa caucus set to launch the official election season in February, followed by primaries in New Hampshire the week after, Clinton is going to be forced to clarify her position on cannabis if she wants to compete with Bernie Sanders. Unfortunately, even if Clinton does speak out in favor of marijuana reform, it will not be enough to really mean much in the grand scheme of things. At this point, how can marijuana reformers really trust the validity of her voice will translate to her administration if she moves back into the White House in 2017?

It should be noted that the Clintons are infamous for flipping their stance on the marijuana-related issues. Last year, Bill Clinton said that legalization should be left up to the state and not the federal government. Yet, he attempted to penalize physicians for discussing medical marijuana with patients throughout his administration. So, while Hillary may be undecided at this point, it is not unreasonable to consider that her opinion is capable of swinging towards the more progressive side of the debate. If this happens, Hillary could easily become the cannabis industry’s candidate of choice, leaving Bernie Sanders in the cold.