Since Colorado Legalized Marijuana, Highway Fatalities are Way Down 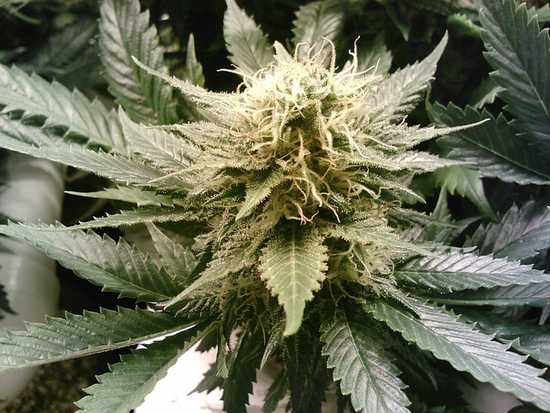 One of the boogiemen of legalizing a previously banned substance is that fear that our streets will become populated by drug-addled drivers, plowing into family station wagons and school buses. Opponents to legalizing marijuana point to studies that show increases in drivers testing positive for marijuana while driving. Proponents of ending the prohibition on marijuana point to similar studies showing that these people testing positive for marijuana are usually in trouble because they are also drunk-driving. Radley Balko, over at the Washington Post has put together some interesting findings concerning driving fatalities in Colorado, since they legalized pot in 2012: 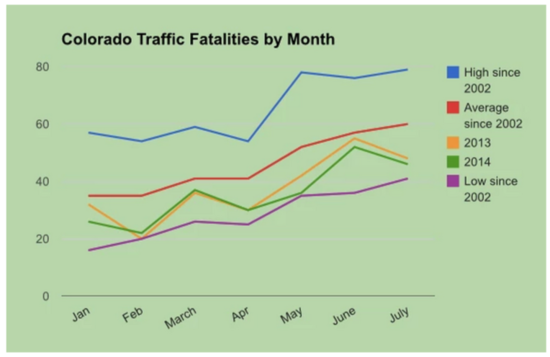 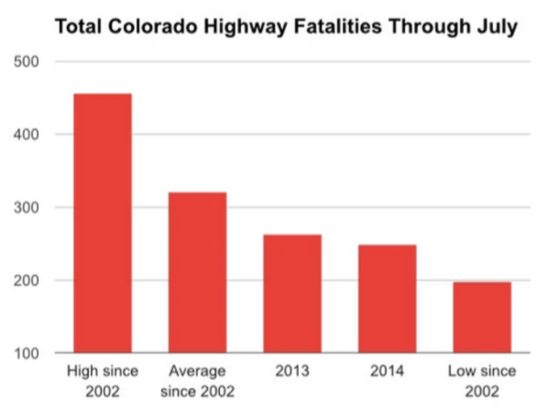 Here, the “high” bar (pardon the pun) is what you get when you add the worst January since 2002 to the worst February, to the worst March, and so on. The “low” bar is the sum total of the safest January, February, etc., since 2002. What’s notable here is that the totals so far in 2014 are closer to the safest composite year since 2002 than to the average year since 2002. I should also add here that these are total fatalities. If we were to calculate these figures as a rate — say, miles driven per fatality — the drop would be starker, both for this year and since Colorado legalized medical marijuana in 2001. While the number of miles Americans drive annually has leveled off nationally since the mid-2000s, the number of total miles traveled continues to go up in Colorado. If we were to measure by rate, then, the state would be at lows unseen in decades.

That’s good news. Even for people against the legaliztion of marijuana, they should be happy that fewer people are dying on the highways—even if this correlation is not a causation. Some people believe that there is a causation in these numbers as (proponents argue) the legal option of getting high on marijuana can replace, in some cases, getting high on alcohol, and driving while high is probably less dangerous than driving while intoxicated on alcohol.

No doubt there are myriad other reasons for the decrease in road fatalities—better cars with better safety features. The important point is that the numbers are down, and while these numbers may have nothing at all to do with the legalization of marijuana, the belief that marijuana legalization might lead to tons of terrible driving accidents, so far, is unwarranted.