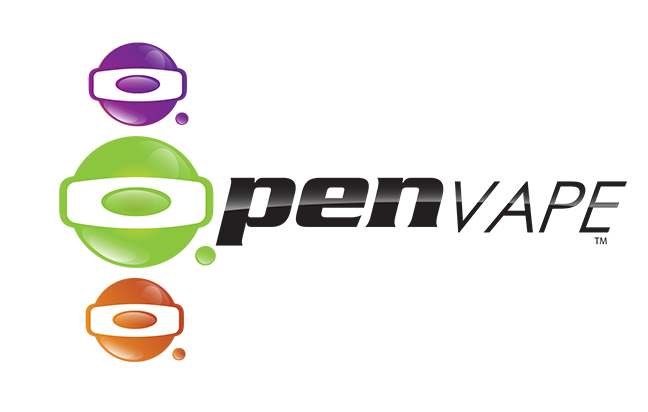 As cannabis concentrates become ever more popular for consumers, one company has established a solid foothold in the medical marijuana market. O.pen Vape produces a personal vaporizer pen and cartridges that accompany it, which we recently got our hands on to review! The Nugg team is dedicated to finding and making public the most relevant, accurate, and up-to-date information on cannabis products, strains, and dispensaries throughout California (and ultimately beyond). Let’s dive in.

In this article, you'll learn about:

For New Patients & the Cost-Conscious

For many medical marijuana patients, two primary factors can cause concentrates to be somewhat inaccessible: they’re often costly, and can be difficult to use. An effective water pipe optimized for concentrates can run you upwards of 100$, meaning that vape pens are the only viable method of concentrate consumption for the cost-conscious. However, even vape pens start at the $30+ range (high-end vaporizer pens can be $200+). Unfortunately, many brands are finicky and prone to breaking.

Though they don’t solve all of issues associated with modern-day vape pens (it’s extremely rare to find a brand who does), O.pen Vape has designed their products to be easy to operate and accessible to a wide audience. Their flagship product, aptly called the O.pen Vape, is sold at a $20-$25 price point, and uses pre-filled cartridges (often priced $30 and above per cartridge) that can simply be screwed onto the battery and heating element — no more trying to delicately place wax onto a small and fragile coil.

As a company, O.pen Vape keeps communication with their retailers open. On their website they claim to train each of their distributors to be knowledgeable about their products, and even offer a warranty through distributors—though at least one customer has reported that their dispensary didn’t follow through on this. Regardless, open communication and collaboration with their retail partners is a huge plus in an industry that lacks diligence and consistency.

This dispensary-specific problem aside, the O.pen Vape is simple and accessible. While its simplicity is limiting in some ways (to be discussed shortly), medical marijuana patients looking for an easy entry point into concentrates without costly bells and whistles might be satisfied with the O.pen Vape.

How the O.pen Vape Pen Works

Out of the box, the O.pen Vape is nothing more than the main chassis and a USB charging tip that comes screwed onto the end of the pen. The battery contains no charge at the outset, so the first thing new users will want to do is charge the pen, which will take three or four hours. The battery will stay charged for about a week (which is extremely impressive by vape-pen standards), and the red light blinks green once it’s done charging.

Using the pen requires a cartridge that screws onto the threaded tip where the USB charger is initially located. For most, purchasing a separate pre-filled cartridge will be the easiest way to jump right into using the O.pen. The O.pen company sells their own cartridges, which are generally about 30$ for half a gram, or 50$ for a full gram, although we’ve heard prices in Colorado are much more friendly. Though this can cost more than the pen itself, some dispensaries will throw in the pen for free with purchase of one or more cartridges. The chassis uses a standard 510 thread size, so pre-filled cartridges from any other company also utilizing this size will work with the O.pen as well. That’s a huge plus for us.

O.pen Vape also sells empty cartridges that will fit onto the pen. A five pack of the smallest, .3mL size, will run you about 35$. Though slightly more cost-effective, the actual action of filling the cartridges can be an involved process. A syringe full of hash oil can be purchased at dispensaries, which then has to be heated before it can successfully be loaded into the empty cartridge.

Non-liquid concentrates can be used with the O.pen as well, as long as they’re mixed with polyethylene glycol, in order to give them the proper consistency. But does anyone really have time for that? And you can’t load your herb into it either. All-in-all, the O.pen Vape’s cartridge system is pretty restrictive. 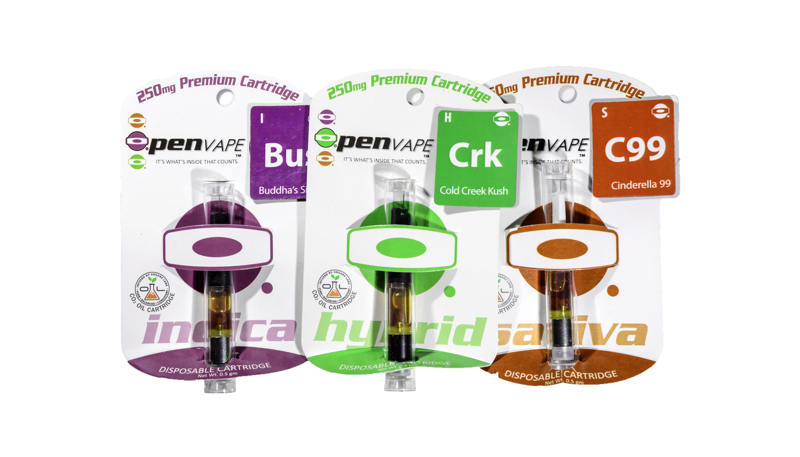 Once a cartridge full of the concentrate of your choice is attached to the O.pen, using it is as simple as inhaling. The heating element will stay activated for up to eight seconds (signifying the “Perfect puff”) at which point the LED indicator on the bottom of the pen will blink.

HINT: the O.pen Vape also acts as a stylus for your smartphone or tablet, clever huh?

Since it’s not much bigger than an actual pen, transporting the O.pen is easy. If carrying the whole, assembled object is too difficult, it’s easy to unscrew the cartridge portion and carry each one separately.

Additionally, a significant advantage of O.pen Vape’s pre-loaded vape cartridges is that they contain no carrier liquid, which means that the amount of THC contained in the cartridge is as-advertised. This makes it easier to both know the amount of THC being consumed, and allows you to create benchmarks for how much liquid-THC intake is ideal for you, if you don’t already know.

Another major plus is that O.pen Vape offers a lifetime warranty. The company has sometimes but not always followed through on providing replacement parts, so it may be a gamble. However the offer is well-advertised, and anyone who’s persistent enough should receive the replacement parts to which they’re entitled.

Since the O.pen is one of the most inexpensive entry points into concentrates, its downsides may be inconsequential to those looking for a basic, affordable product. However, users who may have more money to spend, seek pristine functionality, and value reliability above all else will probably find what they’re looking for in a more expensive product. Overall, the product is for a few specific demographics, within which it excels.

The cartridges themselves cannot be exposed to higher levels of heat or cold, as that can cause leaking. And if some of the concentrate leaks onto the pen itself, the pen can stop working. This means that, although the pen is portable, some diligence must be paid to preventing exposure to more extreme temperatures.

It’s also worth noting that at its core, the O.pen is essentially no different from a standard e-cigarette. The same product can essentially be purchased from e-cigarette retailers at a similar price point. Some users may be more comfortable purchasing their vape pen from a cannabis-specific retailer, or would just rather have a product intended for cannabis, so for them the O.pen remains a viable product. However, anyone savvy to e-cigarette mechanics may be able to find an overall more reliable alternative for the same price.

Finally, most smokers want to know which flavor/strain they’re vaporizing. And unfortunately, the O.pen Vape makes that task rather difficult. The flavors between indica, hybrid, and sativa strains are nearly indistinguishable (at least in California), and often come with a hint of chemicals. Plus, we’ve often found the cartridges to only be ⅔ or ¾ full. That being said (and to O.pen’s credit), we didn’t notice any difference in the high produced by various strains, meaning it’s rather consistent and reliable.

Though their most basic model is rooted in simplicity, O.pen Vape offers a wide range of products for more advanced vape users. Their flagship pen as well as a smaller model called the Go.pen can both be customized with your name or desired message for an extra cost. They also sell a glass mouthpiece, called the Helix, that can be used with the Go.pen. The Go.pen itself is a more traditionally-styled vape pen, with a button that controls the heating element, and a small and portable design. 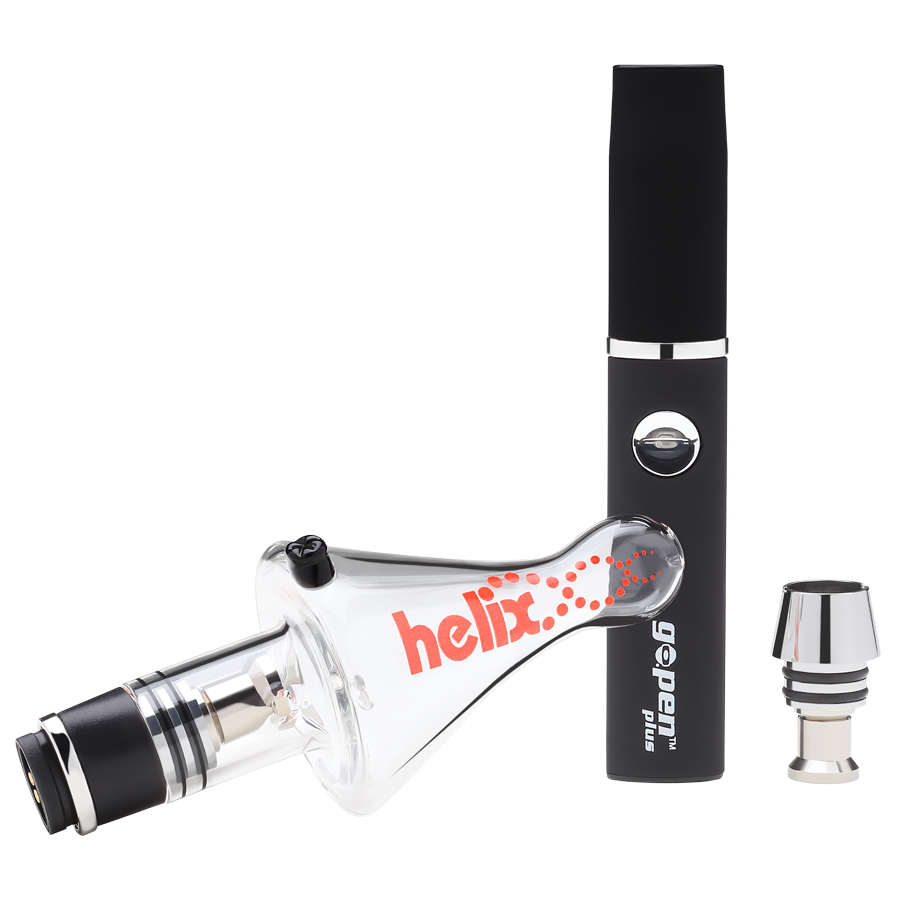 For either medical marijuana patients in search of a solid alternative to their favorite vape pen, or fans of the O.pen who are looking for an upgrade, these products do away with some of the simplicity of the regular O.pen in favor of a more complex design with increased functionality.

“I’ve been an o.Pen Vape pen user for just about a year now. At first I enjoyed using them – they’re quick, easy, convenient! However, after awhile you’ll start to cough a little. I also noticed that I built up a tolerance to their products very quickly.” —Rod

“The easiest to use vape pen on the market.” —Kathy

“They are 510 threaded, you can use them on most any -ecig thing. I’ve had/used about 20 cart[ridges] from them. 2 of them leaked (early on in my usage, so it might have been my fault). dispensary replaced both carts. to make sure it wasn’t the problem, they replaced my battery unit too.” —aManPerson

Should I Buy the O.pen?

The biggest selling point of the O.pen has to be its simplicity, hands down. It can be transported, refilled, and charged all with minimal hassle. The biggest downside? Probably the restrictive cartridge system, which makes it very difficult load your own cannabis oils and concentrates. Considering your best bet is to use the vape pen with the vape cartridges made by O.pen, it further exacerbates the problem by forcing you to seek out said vape cartridges, which might not be readily found at dispensaries near you.

The O.pen is highly recommended for both users new to concentrates, the cost-conscious, and elderly patients who struggle with loading, activating, and cleaning a vape pen. It’s basically the most simple product you’ll find on the market.

However, small issues, like a leaking cartridge or an inability to find pre-loaded cartridges, may render the product unusable for some. All bars aside, for the accessible vaporizing product it aims to be, the O.pen is a big success.

While we love sharing awesome content on our blog to help cannabis patients better understand the plant they love, we’re also pioneering the way for easy, quick, and professional cannabis delivery.

Nugg lets you find and order delivery online from local cannabis dispensaries in more than 60 California cities, including San Francisco, Los Angeles, and San Diego. Think of it like GrubHub for cannabis. It’s free to use, every order is backed by 24/7 Customer Service, and you can choose from thousands of marijuana products across hundreds of dispensary menus. Just click the button below to start shopping dispensaries in your area!