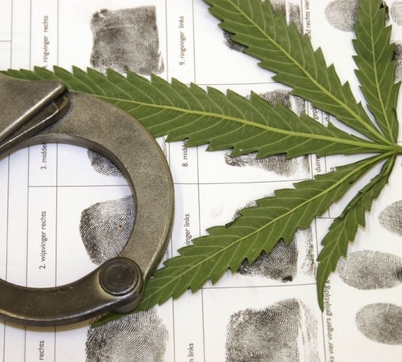 You may have heard by now that New York City, specifically Manhattan, is sealing 360 cannabis cases. Perhaps you’re thinking, “why is this a big deal?”

It’s a huge deal. Read on to find out why.

New Yorkers Get a Fresh Start

360 lowest-level marijuana misdemeanor convictions will be sealed in a new court ruling that involves New Yorkers who had no other misdemeanor or felony convictions. The ruling is a result of a class-action lawsuit that seeks to streamline the process of sealing previous marijuana convictions under a recently-passed law that allows low-level offenders a (mostly) clean slate.

Sealing isn’t a fully clean slate, like expungement is, but it does make the record inaccessible by normal means. This means that a person who’s record is sealed is free to deny the conviction under ordinary circumstances. Once a record is sealed, they can move on with their life, free of the collateral damage that comes with having a criminal record.

City leaders are applauding this action for good reason. It’s well-known that New York’s stringent cannabis laws have disproportionately affected communities of color. The numbers are undeniable, and whatever the reason for the disparities in enforcement, the end result is the same. Minorities end up facing educational barriers and economic burdens that perpetuate a cycle of poverty and disenfranchisement.

Most New York Cannabis Arrests Really Did Target Minorities
Until very recently, cannabis-related arrests were hovering between the most common and third most common reason for arrest in New York. More disturbingly, between 87% and 93% of those arrests were people of color.

These are utterly shocking numbers.

While 360 convictions may seem like a drop in the bucket–especially considering New York’s long history of targeting black and hispanic cannabis users with stop-and-frisks–this case will likely begin a landslide of similar cases making the same appeal.

It’s important to note that roughly 90% of petty arrests being made are still people of color, but at least cannabis no longer makes the top of that list. That’s really not much comfort. Regardless, it’s safe to say that misguided marijuana prohibition policies have had a disproportionate effect on these communities. In fact, black people were eight times more likely to be arrested for cannabis than whites, and Latino people were five times more likely. This is despite the fact that cannabis use is roughly equal among these populations. It will take years to undo this damage.

How Will This Class Action Dismissing Marijuana Convictions Affect Other New Yorkers?
The convictions were sealed under Criminal Procedure Law 160.59, which was passed in 2017. What’s remarkable is more than half a million people are eligible for relief under this law, but only about 1,200 people have used it so far. That’s less than 1% of the people who are qualified to benefit.

“Fewer than 1% of the expected pool of eligible people have accessed the law. This problem has brought together unlikely allies. The District Attorney, public defenders and reentry advocates worked together on this matter out of shared recognition that we need more efficient mechanisms for people to seal their convictions. This successful petition is a first step,” said Kate Wagner-Goldstein, Senior Staff Attorney at the Legal Action Center.

Can Others Qualify For A Similar Action
Yes! This is hopefully just the first tiny snowball rolling downhill that will turn into an avalanche. This class action will almost certainly be followed by appeals from other New Yorkers in similar circumstances. The class members whose convictions were sealed had:

Lawyers and legal-aid centers will be able to help others who fall into this category seek similar actions in their boroughs. “One of the devastating consequences of mass incarceration is that it has saddled millions of people with criminal records. These individuals face tremendous barriers to employment, housing, education, voting and equity in general,” said Seth Steed, Managing Attorney of Neighborhood Defender Service’s criminal defense practice. “We are proud to be part of this effort to seal hundreds of marijuana offenses that will allow our clients to move forward with their lives.”

Moving Forward: New York’s New Policy Lowers Penalties For Cannabis Possession
Beginning August 27, new state decriminalization legislation signed by Governor Cuomo will decrease penalties for small amounts of cannabis possession and automatically seal low-level cases. The lowest offense, possession of less than one ounce, will carry a $50 fine and no arrest at all. The bill will also provide a process to expunge certain past cannabis offenses.

But there’s still a long way to go and plenty of room for improvement. Basima Hafiz, Supervising Attorney at New York County Defender Services says his organization’s proud to be part of this action and looks forward to helping more New Yorkers in the same predicament get relief. But he believes more action is needed to provide a true solution for the issue.

“The War on Marijuana ravaged vulnerable communities in New York City, marking hundreds of thousands of people of color with a permanent stain on their record that significantly limits their ability to secure good jobs, safe housing and affordable student loans,” says Hafiz. “New York County Defender Services is proud to join with the other petitioners to help some of our clients seal their records. We look forward to engaging in further litigation to widen the scope of these efforts and help even more people to seal their records. But the state legislature can and must act quickly to legalize cannabis for personal use and expunge the records of all people previously convicted of marijuana offenses. Piecemeal litigation like this is only a Band-Aid – legalization, expungement and community reinvestment are the cure.”

You can find the contacts for New York County Defender Services here.