Blog  >  Cannabis Education  >  Medical Marijuana  >  Terpenes: What Are They & How Do They Affect You?

Terpenes: What Are They & How Do They Affect You? 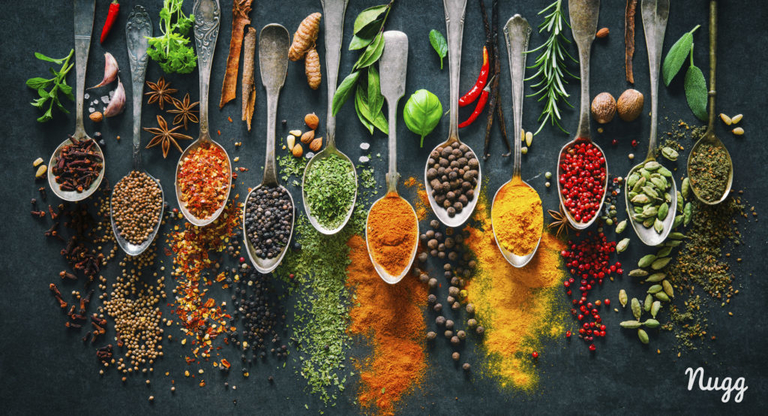 Medical marijuana consists of hundreds of compounds. THC and CBD are undoubtedly the best known — and studied — substances in cannabis.

However, the marijuana plant contains an amazing array of aromatic chemicals, called terpenes and flavonoids, which give the herb its distinctive scent, flavor, and taste.

Researchers now believe that these terpenes and flavonoids play a larger role than once thought when it comes to weed’s medicinal benefits.

Terpenes are organic hydrocarbons (among the hundreds of chemical compounds found in cannabis) that plants manufacture and which act as a defense mechanism to deter herbivores (deer or insects) from eating them. Some terpenes even attract species of predators who naturally feed on plant herbivores. Science, right?

Terpenes work because they emit a strong aroma. They are frequently used as the basis of fragrances and flavorings in a wide variety of organic products. For example, the distinctive smell of lavender, mint, or marijuana is entirely due to the unique makeup of terpenes and flavonoids in each of these plant species.

Like cannabinoids such as THC and CBD, terpenes interact with neural and cellular receptors. In particular, they can modulate neurotransmitter levels. By binding to receptors in the brain, terpenes can inhibit the breakdown of serotonin (a feel-good neurotransmitter) or boost dopamine activity (the neurotransmitter that regulates pleasure, motivation, and reward).

In fact, the terpenes in cannabis provide many of the same benefits as anti-depressants, but without the often debilitating side effects that traditional tricyclic or re-uptake inhibiting medications entail.

THC, because of its psychoactive properties, has received the most interest from researchers. Likewise, CBD has attracted noticeable attention because of its effects on the body’s endocannabinoid system. In contrast, terpenes remain comparatively understudied and unappreciated, but preliminary evidence suggests they’re a much larger piece of the marijuana equation than we currently think.

Despite our limited understanding of them, here are some intriguing things we do know about the terpenes in cannabis:

Most of the scientific and medical interest in terpenes has centered on their synergistic effects. For example, Dr. Ethan Russo has specifically called attention the so-called “entourage effect,” which refers to the way that the various compounds in cannabis work together and reinforce each other.

More specifically, the presence of terpenes in marijuana can actually inhibit THC’s intoxicating effects. However, as Dr, Russo notes, the modulation of THC actually serves to increase marijuana’s “therapeutic index” meaning that an inhibition of THC’s effects can actually produce more medical value for you, the consumer.

The dissatisfaction most patients experience with Marinol, a synthetic form of THC, illustrates shortcomings that stem from ignoring the entourage effect. Put simply, many patients find that the isolated concentrations of THC (meaning it lacks terpenes and any other cannabinoids) in Marinol produce a very unpleasant, ineffective experience.

In fact, cannabis researchers believe that both terpenes and cannabinoids like CBD work to modulate THC’s effects. In particular, the presence of terpenes and compounds like CBD are thought to lessen anxiety while boosting THC’s analgesic (pain-relieving) properties, among other effects.

This “phytocannabinoid-terpenoid synergy,” according to Dr. Russo, is the key to marijuana’s extraordinary versatility and effectiveness as a medicine, and is something we’re excited to learn more about as new research is conducted.

In a word, the marijuana plant as a whole is more beneficial than the sum of its constituent parts. With terpenes in the mix, you get more bang for your buck. 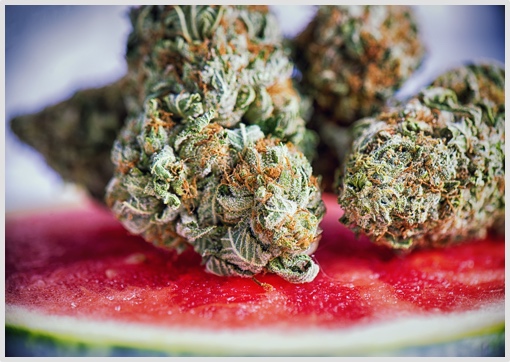 Flavonoids are nutrients that give many plants their distinctive colors. For example, flavonoids are the compounds that give blueberries their vibrant hue. There’s already over 6,000 identified flavonoids known to scientists, and over 20 are found to exist in cannabis.  In particular, they are noted for their nutritive, anti-inflammatory, and antioxidant properties. The role they play in marijuana’s therapeutic effects is not well-known, but like terpenes, they are believed to have a synergistic influence.

Only time will tell, as clinical studies will hopefully be possible in the not-too-distant future, once cannabis is removed from the federal list of Schedule I substances.

Terpenes are the building blocks of cannabinoids, plant hormones, and pigments. So, they naturally play a huge role in marijuana’s overall psychological and physical effects. Of course, terpene concentrations and configurations will vary considerably from strain to strain and even batch to batch. Environmental conditions and curing methods will also have a tremendous impact on terpene qualities.

Many medical marijuana patients select specific strains by their scent. There is a sound basis for this. Different terpene concentrations have unique fragrances and medicinal properties. For example, anecdotal reports suggest that strains with a musk or clover scent provide relaxing and sedative effects. In contrast, pot with a piney scent is known for promoting mental alertness and boosting memory. And weed with a lemony scent is renowned for its mood-elevating qualities.

The following are a few of the better-known terpenes along with their characteristics, the medical effects that they’re known for, and some typical strains you can find to match:

Musky aroma. It’s normally found in fruit, but it is the most common terpene found in cannabis too. It is believed to quicken and intensify pot’s psychoactive properties. It is also known for its painkilling, sedative, and insomnia-fighting properties.

Citrusy smell. Researchers are studying its potential anti-tumor properties. Cannabis strains high in limonene are renowned for having an uplifting effect on mood.

Characterized by a piney scent. This terpene has been used as an antiseptic, antitumor agent, and bronchodilator in many folk-remedy traditions.

Exhibits a peppery/woody aroma. Researchers are investigating the potential of high-caryophyllene strains to treat arthritis and neuropathic pain.

Sweet, floral scent. Studies indicate that terpinolene tends to induce drowsiness. It has also been identified as a potential tumor inhibitor.

Smells like lilacs. It is believed to have a  calming effect as well as antibiotic and antimicrobial properties.

Reportedly has a spicy/citrus fragrance. Scientists are investigating its antioxidant and anti-inflammatory potential.

Peppermint scent. It believed to have sedative and memory-enhancing properties.

Lavender fragrance. Studies suggest that it has anti-inflammatory and immune-boosting effects.

Described as having a peppermint/citrus aroma. Turmeric, which has been used for centuries by Chinese herbalists to treat fungal infections, is very high in this terpene.

Terpenes are widely recognized as a safe and all-natural way to promote wellness. Increasingly, patients and medical professionals are recognizing the important role they play in medical marijuana, as terpenes can help patients identify the most suitable strains for specific conditions. In addition, their synergistic effect, which magnifies the therapeutic value of cannabinoids and THC, is only beginning to be understood.