Learn How to Come Out of the Cannabis Closet 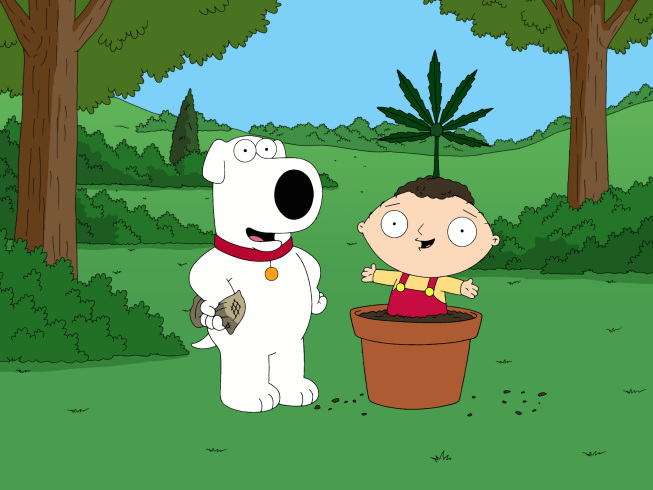 April 20th is finally here. Wedged between the Cherry Blossom Festival and Arbor Day, 4/20 is the day that a growing number of Americans celebrate a different kind of plant – cannabis. Now that medicinal marijuana is legal in almost half of the country, more people are talking up its benefits. Every day, new people are beginning to understand that this small but mighty flower can help with a wide range of ailments including anxiety, insomnia and pain.

For many new users, discovering marijuana brings a lot of relief. For some, it also brings a new anxiety — how do you tell your family and friends that you’re feeling, sleeping and looking better thanks to the very plant that was supposed to lead you into reefer madness? You know those claims are bullshit, but they might not. Do you tell them or keep it to yourself?

Being candid about your marijuana use is not a bad thing. Coming out of the cannabis closet can be quite liberating, but before you hang a pot leaf air freshener in your car or get that 420 neck tattoo, here are some things to consider.

Be Ready for Different Reactions

With some people, it’s easy to know how they’ll react. Your gossipy cousin will probably make your medicinal epiphany THE topic of conversation at your next family gathering, and you know your ultra-conservative father-in-law will have plenty to chime in with. Others may surprise you. Nothing will blow your mind like having your grandmother tell you she uses a marijuana salve to help with her arthritis. People don’t always wear their feelings about pot on their sleeves, so be ready for a variety of reactions.

With a groundswell of support for medical marijuana, you’ll likely be met by other marijuana enthusiasts. According to 2014 Pew Survey, about half of Americans have tried pot. Even more encouraging is the Public Policy Institute of California poll finding that a majority of Californians favors legalizing pot for recreational use.

Others may still have reservations. And understandably so. The government’s misguided drug policies hammered untruths about marijuana into the public psyche for decades. A little information may go a long way in educating those closest to you. For some the road to enlightenment may be a bit longer.

How Will You Come Out?

Tweeting pictures of your new Game of Thrones bong might seem like a great idea when you’re medicated, but remember your social media footprint is more far reaching and will last much longer than your high.

If there’s chance that your (current and future) employers might see images of your soon to be legendary bong full of tasty nuggs as an impairment, maybe you should reconsider posting those epic pictures. Even though medicinal marijuana is legal in California, our employment laws are still woefully behind the times. Be smart. You don’t want to lose your job. Especially if you still have 10 payments on that fresh Westeros water pipe.

*Falling* out of the cannabis closet.

Sure you get a sweet bonus for referring someone to the Nugg app, but no one likes a hard sell. Nothing irritates people more than being lectured on something they don’t understand. Remember how your dad would not stop talking about his new juicer? Your enthusiasm is understandable. But unless your mother is also a patient, she may not feel the need to know about your quest to find a new vape pen. Feel your family out. Drop some nuggets of truth out there. If they have questions, educate them. Organizations like NORML have a wealth of information to help illuminate your friends and family about cannabis.

Like it or not when you let others know of your cannabis use, you become the face of medical marijuana. As an instant ambassador of a growing movement, recognize that some of your actions may (fairly or not) be attributed to your cannabis use. Small stuff like sleeping in, skipping a family function or getting into a minor fender bender may be seen in a different light by the misinformed.

Changing their minds about “potheads” may not seem like it falls into your purview. However, if you’re the only cannabis user they know, the responsibility may fall on your shoulders. If you don’t want to be seen as a stereotypical pothead, don’t be one (tweet this quote). Respect your obligations. Respect your new medicine. Use it as recommended. Don’t overdo it. And now that you have a dependable delivery service in your arsenal, there’s no need to drive. Driving or operating heavy machinery while impaired is never a good idea.

It’s Up to You

Coming out of the closet is a deeply personal decision. As we’ve seen with gay rights, the more people that are open about their authentic selves, the more expeditious the change. That being said, if you don’t think coming out of the pot closet is right for you, don’t feel pressured to do so. With services like Nugg, discretion is paramount. Your medicine and supplies will be delivered to your doorstep in a safe, efficient and private manner.

If you want to be part of the change without coming out, there are plenty of ways to do so.

Organizations like NORML can always use donations and volunteers. They’ve been advocating for saner drug policies since 1970. Thanks to their and others’ hard work, it’s easy to imagine a time in the near future when coming out as a cannabis user won’t be an issue. Until then, spark up and be well. Happy 4-20!