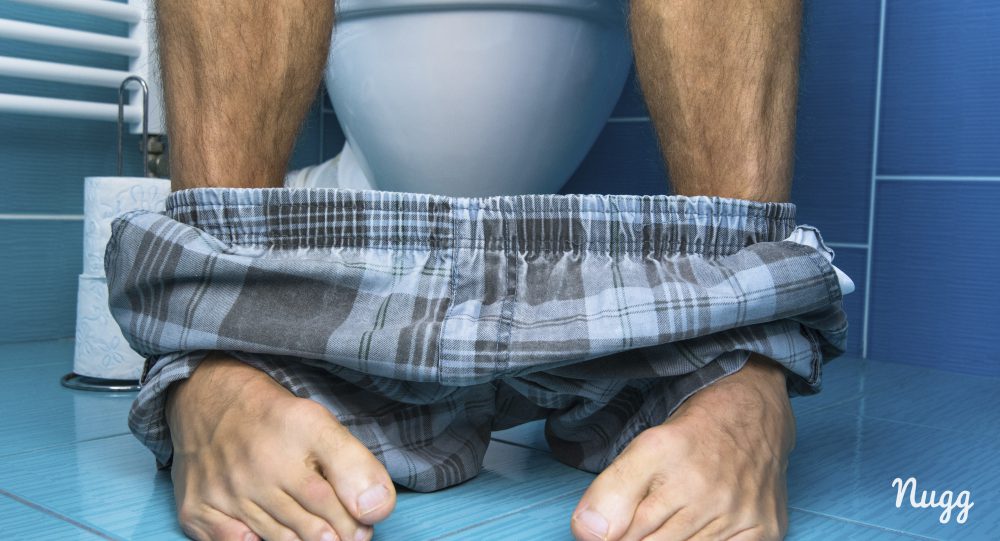 Imagine planning your day around a restroom. The painful, urgent need to have a bowel movement can come at any time, seemingly out of nowhere. It can have a detrimental impact on your work and social life. Bloody stool may cause alarm, and at times the painful complications of this condition may even cause hospitalization.

You’ve probably experienced indigestion and other stomach ailments after a big meal. But unless you have inflammatory bowel disease (IBD), you’ve never had problems like this.

IBD is a category of bowel diseases that includes Crohn’s disease and ulcerative colitis. Both bear similar symptoms. The most common symptoms of IBD are debilitating pain, abdominal cramping, diarrhea (sometimes with blood), nausea, exhaustion, and sudden (unintentional) weight loss.

The symptoms of IBD are due to inflammation of the GI tract. Sores along your GI tract may develop during flare-ups, which is why bloody stool is commonly-reported. Ulcerative colitis typically develops on the surface of the tissue along the large intestine, while Crohn’s disease affects deeper tissue layers at any point along the GI tract, from the mouth to the anus.

Although IBD is not fatal, it can cause serious complications. Ulcerative colitis can cause extreme dehydration, colon perforation and swelling (“toxic megacolon”). Crohn’s disease may lead to malnutrition, ulcers, fistulas around the anus, a tear/fissure in the anus, and a swollen obstruction of the bowels that may need surgical removal.

Doctors don’t completely understand the causes of IBD. Some researchers suspect it may be the result of a malfunction in the body’s immune system as the GI tract is attacked instead of (or in addition to) foreign microbes.

A number of other factors may determine whether IBD develops, including environmental issues, but studies suggest that family history of IBD is one of the most significant predictors. Taking nonsteroidal anti-inflammatory drugs (NSAIDs) may also cause IBD to develop, and it has been shown to trigger flare-ups in people with existing IBD. Many with IBD also find that stress may occasionally cause flare-ups.

How Is IBD Treated?

Your doctor will need to confirm you have either ulcerative colitis or Crohn’s disease before treatment. Both are typically identified via blood tests, imaging (X-rays, CT scan, or MRI), an endoscopy, or a colonoscopy.

If the doctor has confirmed that you have IBD, he or she may recommend taking prescription-strength anti-inflammatory drugs, immune system suppressors, antibiotics, and/or anti-diarrheal drugs. Your doc may also suggest taking over-the-counter pain medication to help manage the discomfort and cramping associated, but some pain medications like ibuprofen may worsen the IBD symptoms.

In addition to these medications, some people also use cannabis to help treat the symptoms of Crohn’s disease and ulcerative colitis.

A number of states authorize cannabis use for any IBD diagnosis, while others require a specific diagnosis of Crohn’s disease or ulcerative colitis. As you can see from the lists below, there’s some overlap, but Crohn’s disease seems to be a more broadly-covered qualifying condition across the United States.

New Jersey, New York, Ohio, and Pennsylvania all consider the umbrella diagnosis of IBD to be a qualifying condition for medicinal cannabis use. Several states have authorized the use of cannabis specifically for ulcerative colitis, including Arkansas, Connecticut, New Hampshire, New Mexico, and Ohio.

The following states have listed Crohn’s disease as a qualifying condition:

Current Research About Cannabis and IBD

Studies indicate cannabis use is statistically common among individuals with both forms of IBD. There’s been a lack of long-term, clinical trials involving cannabis and IBD, but the conducted studies suggest that cannabis may bring symptom relief for some patients.

One study found that 10 out of 11 patients with Crohn’s disease achieved significant, clinically-measured relief of their symptoms after an eight-week trial period. Another study found that patients living with IBD experienced a significant reduction in both pain and diarrhea, though the authors cautioned that increased cannabis use may overlap with a higher risk of surgery in patients diagnosed with Crohn’s disease.

While some researchers have found that THC may be helpful in IBD patients treating pain and diarrhea symptoms, patients should not overlook the potential benefits of CBD. In one study, researchers induced colitis in laboratory mice and found that non-psychotropic cannabidiol (CBD) actually prevented colon inflammation! Talk to your doctor to find out if cannabis may help relieve some of your unpleasant IBD symptoms.

First, talk to your doctor to determine whether cannabis may be right for you. If you live in a state where IBD, Crohn’s or ulcerative colitis is considered a qualifying condition, you might be eligible to use your state’s medical cannabis program.

Once you qualify for medical cannabis, Nugg’s Concierge service can help you find the information you need on specific strains, cannabis products, and where to find those strains/products so you can start treating the symptoms of IBD.