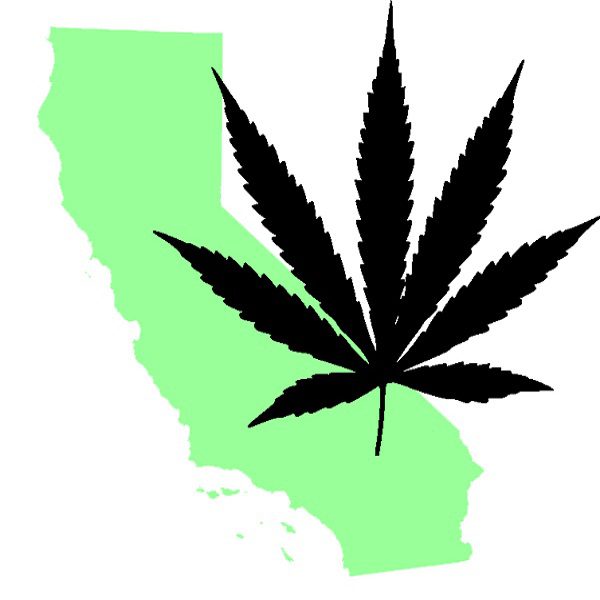 The following post is a list of California cannabis laws by county & municipality (not all are represented), and is updated regularly to accurately reflect changes in the state’s cannabis laws.

The United States has changed dramatically since California first legalized medical cannabis back in 1996. While some cities and counties have pushed the boundaries of legalization with the widespread proliferation of dispensaries, caregivers and growers, others have acted more reactionary and enacted laws that have sought to limit the availability of medicine for patients who need relief.

These opposing views could grow more grey and complex now that Proposition 64 (aka the Adult Use of Marijuana Act) has passed. Starting in 2018 California residents will be able to legally consume, sell, and possess 1 ounce of flower/8 grams of concentrate and/or grow up to 6 plants.

How will these new local legal marijuana laws affect the current medical ones?

Below is an overview of the municipalities and/or counties that the California chapter of NORML has identified as having enacted some sort of regulation limiting the availability of medical cannabis.

It’s important to note a few things. First, Governor Jerry Brown signed the “Medical Marijuana Regulation and Safety Act” or MMRSA in 2015, which created a licensing and regulatory framework for the cultivation, manufacture, retail sale, transport, distribution, delivery, and testing of medical cannabis within California.

Because of this, many laws have changed or will be changing so the information in this post may quickly become outdated and voided. On top of that, California may be legalizing cannabis for recreational use in November, thus potentially changing the regulations even further.

If a municipality or county isn’t located on this alphabetical list, it doesn’t mean there aren’t regulations for them; but you can assume that they’re most likely following the state statute which allows six mature or twelve immature plants per patient.

Prior to March 2016, Kern County—home of Bakersfield, the state’s 9th largest city—had been home to five illegally operating dispensaries.

According to Bakersfield Now, “Kern County did allow dispensaries under voter-approved Measure G in certain industrial zones, as long as the shops were far enough away from certain other facilities, such as schools and day care centers. But, the measure was challenged in court, and in 2014 a judge threw it out. So, now that Measure G is off the books, there is again no zone where the shops are permitted.”

Long Beach is approaching cannabis regulation through one of the most democratic methods possible: a ballot initiative. According to the Long Beach Post, there are two initiatives being presented to voters.

“The two initiatives had the same goal of legalizing storefront and cultivation operations in the city, but differed vastly in how the business should be regulated. The so-called ‘King initiative’ sought to institute a scenario where there would be no cap on the number of storefronts in Long Beach, allow operations to occur in all zones and placed no buffer zones on cultivation. The proposal submitted to the city clerk’s office by LBNF, otherwise known as the ‘Kelton initiative,’ was based largely on the specifications vetted out by the task force over the course of last year and had garnered support from both local unions, elected officials and business interests.”

The City of Los Angeles has grappled with regulating medical cannabis for years. In 2013, voters enacted Proposition D which prohibits the operation or establishment of Medical Cannabis Businesses, including renting to, working for, and using any vehicle for related business activities.

Proposition D provides some protection from its prohibitions for Medical Marijuana Businesses that comply with strict requirements. Since coming into effect in June 2013, L.A. has shut down roughly 500 dispensaries.

Los Angeles implemented a ban on new business registrations for dispensaries in January 2016. Council members voted 12-0 in favor of the motion, which calls for no new certificates to be issued for “any medical marijuana collective business activity.”

In February 2016 regulations were put in place for L.A. County as a whole, which “put a temporary moratorium on cultivation of the crop in county unincorporated areas and to study a permanent ban.”

In early March 2016, the Los Angeles County Board of Supervisors voted 4-0 to crack down on illicit cannabis collectives in unincorporated parts of the county. This makes the same attempt to shut down dispensaries as did Proposition D in 2013.

Just like many other cities, Modesto took steps forward to ban the cultivation of cannabis in the city limits. The Modesto Bee reported that, “Modesto has banned patients and caregivers from growing medical marijuana but will follow Stanislaus County’s example and form a committee to look at how to accommodate those who legitimately need it.”

Oakland hasn’t made any changes to their cannabis laws since the state announced the upcoming changes in the law. Currently, the limits are as follows: up to 72 plants indoors (32 sq. ft growing area) and up to 20 plants outdoors (no area limit); the weight limit is 3 lbs of dried marijuana per patient. Dispensaries serving 4 or more patients can have are allowed a maximum of 6 mature and 12 immature plants.

In January, the Oxnard City Council banned dispensaries and cultivation by a vote of 3-2. Bert Perello was one of two council members to vote against introducing the city’s ordinance. He said, “I want to be clear: I’m not for recreational use of an identified drug such as marijuana…But I am for allowing people to use cannabis for relief of medical issues. That’s why I felt I had to vote that way.”

For years, the City or Riverside has had some of the most restrictive cannabis regulation in California. Prior to early 2016, Riverside banned dispensaries, cultivation centers, and at-home grows for patients.

But once the state allowed for municipalities to determine their own regulations or be stuck with the state’s choices, the city decided to loosen some of their restrictions. According to the Press Enterprize, “The city’s rules would allow medical marijuana patients or caregivers to grow up to eight plants indoors or outdoors on single-family zoned property. The city would require a license and charge a fee to people planning to grow medical marijuana.”

Although Sacramento is more on the conservative side, the city made cannabis more accessible in early February 2016. Sacramento currently has 30 medical marijuana dispensaries with city business permits.

The City “maintained its rules that permit indoor personal cultivation, up to 400 square feet, in private homes…’We recognize that our City Council has allowed dispensaries and the council…recommended that staff come up with a proposal allowing cultivation for medical marijuana,’ said Joy Patterson, a principal planner for the city. ‘We want to provide legal plants for our dispensaries and make sure everything is in compliance with state law.’”

The City also took steps to allow for indoor cultivation as long as the proposed site is zoned for for agriculture or for commercial use and cannot be near a park or school.

Since 2007, San Bernardino has had laws banning medical marijuana dispensaries. According to City Attorney Gary Saenz, “At this time, the full Common Council has, by consensus, determined that the city will continue its total land-use ban against dispensaries; will not, at this time, ordain to allow regulated dispensaries, and will incorporate additional and more aggressive methods of enforcement in our quest to rid, or significantly reduce, the number of illegal dispensaries operating in our city,”

Currently, there is a study being conducted by the city’s Legislative Review Committee to possibly reverse these statutes.

In March 2016 the county of San Diego placed a moratorium on new medical marijuana facilities. It’s important to note that this only applies to places outside the San Diego City limits since the city is “the only jurisdiction within the county that allows medical marijuana collectives to apply for the various approvals needed to operate a legal dispensary or cultivation site.”

San Francisco is consistently ranked one of the most progressive cities when it comes to cannabis regulations. Recently, a task force was created to anticipate the changes that might come should voters legalize cannabis for recreational use in November 2016. The task force is planning on assessing issues currently facing dispensaries and their operators such as locations, business codes, potency, and others.

As of March 2016, there are no official changes to San Jose’s medical cannabis laws regarding dispensaries. According to KTVU, “Currently, there are 16 collectives that registered in San Jose that meet regulations passed by the City Council in June 2014.”

Those regulations state that “Collectives have to cultivate marijuana off-site in San Jose, Santa Clara County or a neighboring county. Collectives also have to stay 1,000 feet away from schools, day care centers, community centers and libraries, among other requirements.” It’s anticipated that by the end of March or early April, San Jose will have final changes on the books concerning dispensaries and cultivation site.

Santa Ana is the only city in the O.C. to legalize and authorize dispensaries. However, in late 2015 the city gave approval to an ordinance that reaffirmed its cultivation and delivery ban. According to the OC Register, “Santa Ana prohibited marijuana cultivation years before 66 percent of voters in November 2014 approved Measure BB to regulate the dispensaries…but the reaffirmation was proposed because Measure BB clearly banned cultivation at dispensaries but did not address other sites.”

It’s also worth noting that the first dispensary to operate has also become the first one in the county to allow its employees to unionize.

Santa Rosa has taken the necessary steps forward to ensure that cannabis sale and cultivation is done legally and responsibly—and at the recommendation of current business owners. “Following the advice of its subcommittee, the council rejected an outright ban and instead approved a plan to temporarily allow large-scale marijuana cultivation in at least three nonresidential zoning districts with special permits approved by the Planning Commission.”

Some of the specifics of the regulations include permitting fees, land-use restrictions, and other requisites that bring the industry out of the shadows and into the mainstream.

Stockton has banned cannabis dispensaries as well as cultivation for commercial and personal use. A handful of dispensaries had been operating in defiance of the law until very recently. The Record reported that, “The city filed lawsuits in August 2015 against Collective 1950 and an east Stockton dispensary, Elevate Wellness, arguing both were operating in violation of an ordinance adopted by the City Council in 2013.”

There you have it, California cannabis laws by county. Keep in mind, we maintain an ongoing research process to keep this post up-to-date so it most accurately reflects the state’s current marijuana laws.