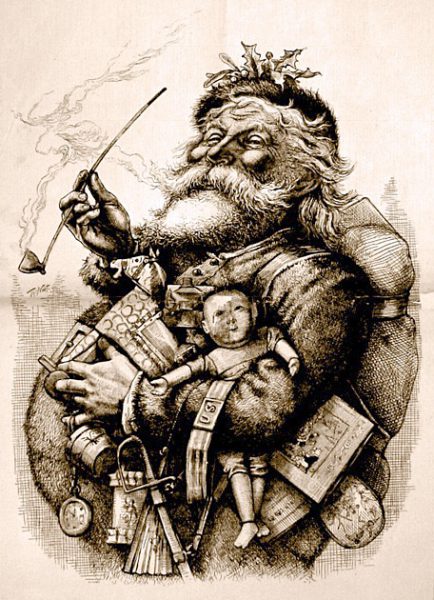 Legal Disclaimer: This article is provided for informational purposes only. It was not written by an attorney. Although every reasonable effort is made to present current and accurate information, Nugg and all authors make no guarantees of any kind and cannot be held responsible or liable for any outdated or incorrect information. The information contained herein is not provided in the course of and does not create or constitute an attorney-client relationship, is not intended to convey or constitute legal or regulatory advice, an interpretation of law, an advisory opinion or rulemaking of any kind, and is neither a substitute for nor does it release you from your responsibility to review applicable law and, if necessary, obtain legal advice from a qualified attorney.

Did you ever wonder as a child what the world would be like in 2020? Maybe we’d have flying cars, or transporters, or we’d all have instant communicators.

…wait, that one came true.

Most likely, the one thing we never imagined is that we’d be contemplating gifting cannabis for Christmas. It really is a new day, and giving the gift of Christmas cheer has taken on a whole new meaning with legal marijuana.

So, without any further ado, here’s your guide to gifting cannabis, to help bring a little green into your Yuletide this year.

Possession Amounts: Just because it’s legal to give away cannabis doesn’t mean we can give away unlimited amounts. Recreational patients can possess up to 28.5 grams of flower OR 8 grams of concentrate or the equivalent contained in edibles. You’re also only allowed to give away up to an ounce at a time. So, don’t go overboard and try to do all your Christmas shopping at once. You can buy quarters for up to 4 friends at once, or eighths for up to 8 friends at once or 8 1 gram cartridges for example. Don’t go over that.

*Note: Medical patients can carry up to 8 ounces or that equivalent in concentrates or edibles at once.

Also, make sure the person you’re gifting to isn’t already maxed out on their own stash. You don’t want to put them over their own possession limit either.

Age Limit: The person you’re gifting cannabis to must be 21 or older if they don’t have a medical card. This may seem obvious, but there are certain gifting situations where this is a concern. For instance, if you’re participating in a white elephant, it’s a bad idea to throw cannabis in the mix unless you know that everyone in the circle can legally possess cannabis, and actually wants cannabis as a gift.

For your own safety, and theirs, don’t give cannabis to a younger person even if they say they have a medical card. This is because there are serious legal consequences involved in giving cannabis to a person under the age of 21, up to and including jail time, and you most likely don’t know if their recommendation is up to date. Keep it to 21 and over to be safe.

Transportation: It’s not legal to send cannabis through the U.S. Mail or any other postal carrier (yet). The best way to deliver cannabis to a friend if you can’t deliver it yourself is to have it delivered to them by a nearby dispensary. You can order cannabis for delivery in most parts of the state at getnugg.com Remember, at no time should you have more than an ounce in your possession should you choose to deliver cannabis presents to yourself.

Consent: Make sure the person you’re gifting cannabis to actually wants cannabis for Christmas. You might be surprised to find out which of your friends love to receive the gift of weed and which friends don’t. They may be abstaining because they have a safety sensitive job for which they are drug tested, or they may be in certain types of recovery programs that don’t allow use of any substances. They may also be in a specific court program or on parole, or in another legal situation in which they aren’t allowed to possess marijuana. So, if they’re always the first to show up with a bag of weed at a party, it’s obviously ok, but if you’ve never seen them with cannabis, ask first.

Location: You can only give away cannabis in your own state because it’s still federally illegal. Transporting cannabis over state lines, even to another legal state, isn’t legal yet. This may seem ridiculous, especially between fully-legal states like California, Nevada, Oregon and Washington. But if a state trooper caught you crossing the state lines with cannabis it could easily become a federal issue and rob you of years of your life.

So, keep cannabis gift giving at home for now. Be patient. Almost everyone agrees that it’s going to be federally legal within the next five years or so. Follow the rules until then so you don’t miss all the fun!

Honey Pot makes some nummy infused honey for your favorite stoner friend. It’s delicious in tea or on bread. Their packages come in 4oz/100mg THC and 2oz/50mg THC

One of our favorites is Positivi-Tea. This caffeinated green mint tea has 10mg THC and 5mg CBD per bag for the perfect mood-lifter.

Canndescent was a very popular gift item last year, and this year will likely be no different. Whichever strain you choose, it will come in a beautiful container designed to showcase the beauty of every bud. You can even order a collectible box with five different types.

Korova’s got a LOT of different flavors in California, from Creme Brulee to Moltov Cocktail–all of them great–but Alien Blackout is definitely a favorite.

If you know someone who likes to bring the pre-rolls to the party, this carrying case is a perfect stocking stuffer.

They’ll love their stocking stuffer even more if it already has some seriously dank herb in it. They have a lot of other great pre-rolls if you can’t find this particular flavor near you, but this one’s a very popular seller for a good reason 😉

Gifts for Your Out-of-State Stoners

Just because you can’t give your out-of-state friend any weed or paraphernalia (that includes rolling trays, pipes, etc.–all are ILLEGAL to send over state lines), doesn’t mean you can’t have a little weed-inspired fun!

Edwina Mc Namee has a lot of entertaining coloring books for the resident stoner who enjoys psychedelic art (who doesn’t?)

This one’s a play on Cards Against Humanity, and it’s just as funny with a stoner twist. It’s simple to play. Each round, a player asks a question from a question card, and the rest of the players answer the question with their funniest answer card. 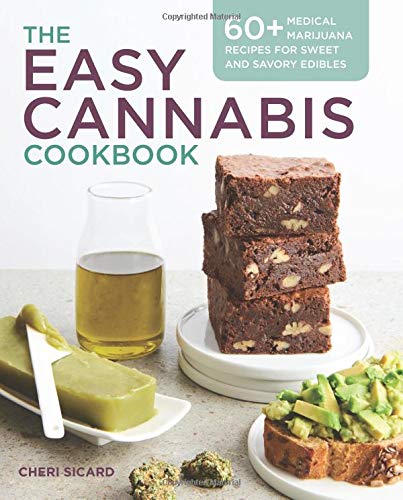 This is THE go-to cookbook for cannabis newbies by popular cannabis chef Cheri Sicard. The author provides 60 easy-to-make recipes that taste like heaven; a dosing guide; a guide for choosing the right tools, foods and equipment; and cannabis 101 explaining the history and potential benefits of cannabis.