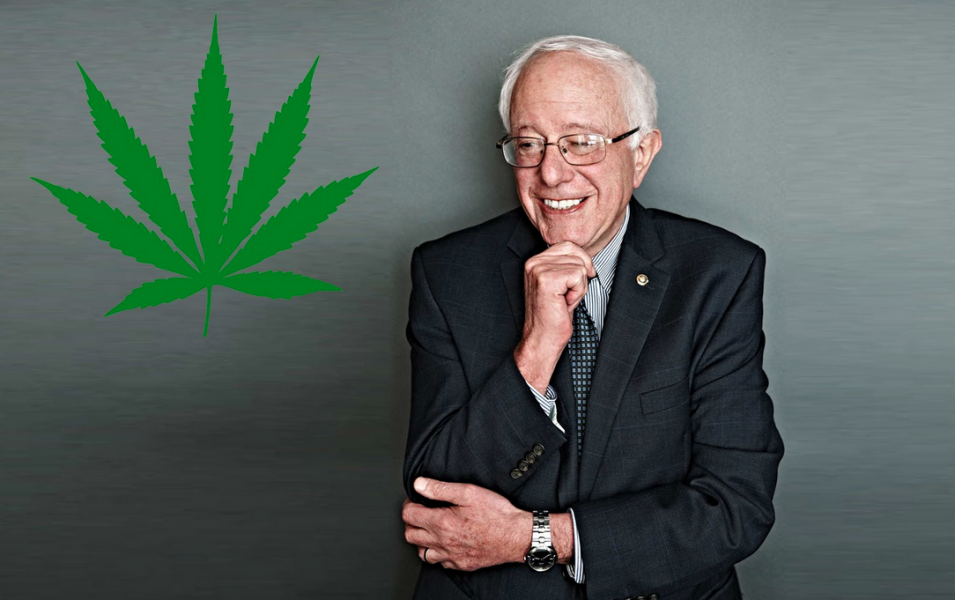 WASHINGTON — Sen. Bernie Sanders (I-Vt.), who is seeking the Democratic presidential nomination, called on Wednesday for marijuana to be removed from the federal government’s list of the “most dangerous” substances.

The United States has five categories for drugs and drug ingredients under the Controlled Substances Act. Schedule I is reserved for what the Drug Enforcement Administration considers to be the “most dangerous” drugs lacking currently accepted medical value and carrying the highest potential for abuse. Marijuana is classified as a Schedule I drug, alongside substances like heroin and LSD.

Sanders said at an event at George Mason University in Virginia that marijuana should be taken off the Schedule 1 list. The Washington Post first reported the news.

“In the United States we have 2.2 million people in jail today, more than any other country. And we’re spending about $80 billion a year to lock people up. We need major changes in our criminal justice system – including changes in drug laws,” Sanders said at George Mason. “Too many Americans have seen their lives destroyed because they have criminal records as a result of marijuana use. That’s wrong. That has got to change.”

Sanders’ chief rival for the nomination, Hillary Clinton, has said she wants to see how laws legalizing marijuana for recreational use in Colorado, Washington and other states work before supporting federal changes to how marijuana is classified. Four states and the District of Columbia have now legalized recreational marijuana, and 23 states have legalized the drug for medical purposes. Former Maryland Gov. Martin O’Malley (D) has said he’d reclassify marijuana to Schedule II, where substances like cocaine and oxycodone reside.

A Gallup poll from last week found that 58 percent of Americans support legalizing marijuana, but the poll question did not distinguish between recreational and medicinal legalization.

Sanders has previously hinted that he supports loosening restrictions on marijuana. During the first Democratic primary debate Oct. 13, he said he would vote “yes” on a statewide ballot initiative to legalize and regulate marijuana for adult use. The Marijuana Policy Project, a pro-legalization group, has given the candidate an “A” grade for his stances on the issue.

“I would vote yes because I am seeing in this country too many lives being destroyed for nonviolent offenses,” he said. “We have a criminal justice system that lets CEOs on Wall Street walk away, and yet we are imprisoning or giving jail sentences to young people who are smoking marijuana. I think we have to think through this war on drugs which has done an enormous amount of damage.”