Blog  >  Uncategorized  >  At Least Pot Smokers Can Read A Map

At Least Pot Smokers Can Read A Map

A hilarious Tweet by @ChiefWolfhound is going viral this week. In the Tweet, which appears to be part of a larger coordinated campaign called #COWillVapeYou, Chief Wolfhound, who is a retired SENIOR INTELLIGENCE OFFICER, says: 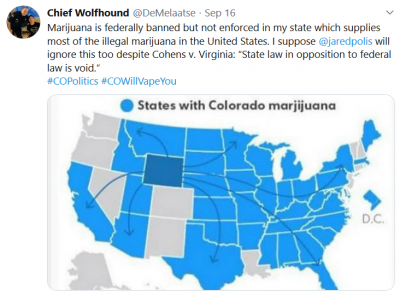 Or maybe the authors weren’t operating with all their faculties when they built this map. But this isn’t the first time it has made its ugly and hilarious rounds. The embarrassingly wrong map is actually a mistaken infographic that was published by USA today way back in 2016. Everyone from the Huffington Post to Westworld had a lot of fun with the much-needed geography (and spelling) lessons.

Those geography and spelling lessons apparently fell short of their mark though. 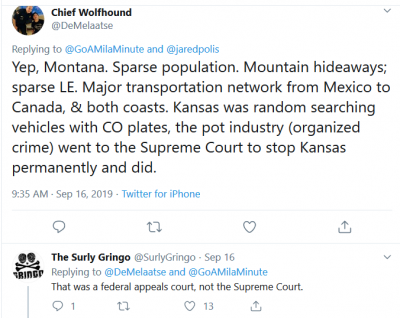 They are right about the spelling. On the map, it’s spelled marjijuana.

And also, it’s just the wrong source. But we knew that already.

It’s nice to see you can concede with a little grace, Chief. 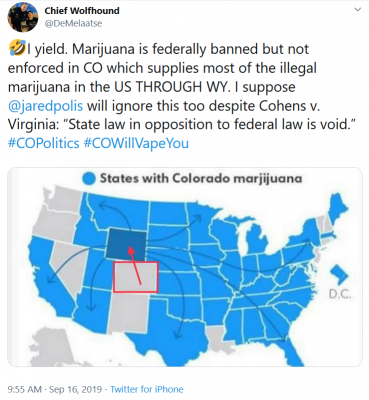 But they aren’t about to let you off the hook.

Whatever the cause for the loose nut behind the steering wheel of this doomed infographic, the Twitter crowd had an absolute field day with this oldie but goodie, again. 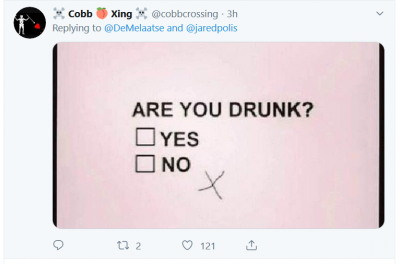 As it turns out, scientific evidence is beginning to mount that marijuana use does not make us dumb, but even moderate alcohol use can damage the brain, so alcohol might be a better target for anti-cannabis prohibitionists concerned about national health.

Keep raising the bar weed tokers! Proving one failed scare tactic at a time that the gig is up on prohibition.